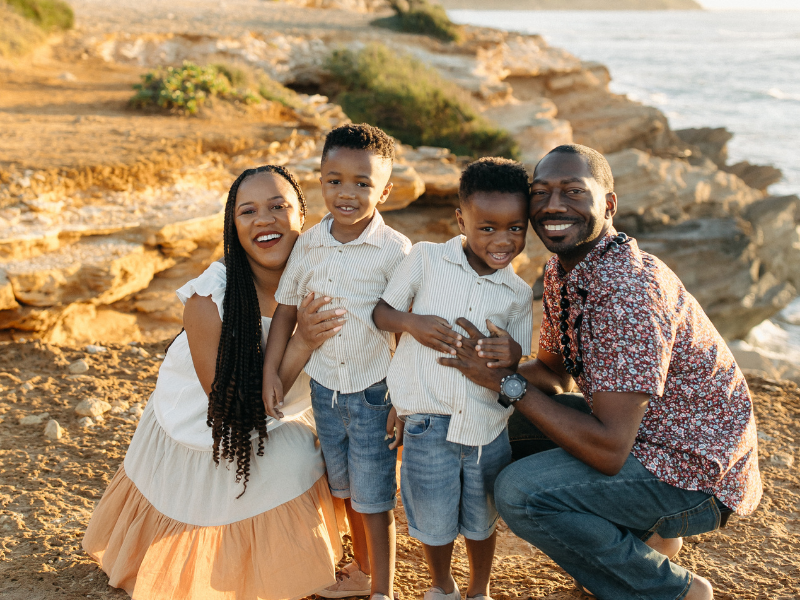 Motherhood is no easy feat, so you can't help but stan those who manage to do so while frequently on the road. That’s why we reached out to three mothers who regularly indulge their children’s need for adventure — while doing it for themselves, too.

They talk about how motherhood and travel intersect for them in notably unique ways.

"I've gone on over 40 trips with my twins" — Marquita Wright

Marquita, known as Marquita’s Travels (or The Travelling Twin Mama) by those who know her well, is a resident of New Orleans, Louisiana when she's not on the road. Before becoming a mother, she’d travel alone, with work associates, her special someone, girlfriends and anyone else who could tag along. She makes special memories on her trips, so it’s no surprise she wasn’t willing to give up travelling for motherhood. Instead, she’s succeeded at making equally memorable experiences by exploring the world with her kids.

She told Backdrop, “When I became pregnant with my twins, folks continued to comment on how I would have to stop travelling once they were born. Being one not to listen to the naysayers, I figured out how to balance both worlds as much as possible. In their three years of living, I have probably been on 60+ trips, with over 40 of them with the boys, including five countries.”

For Marquita, travel is both passion and profession, and two baby boys don’t change that. If anything, they give her even more reason to explore the world. Since having her twins, she’s prioritised wandering with them, teaching them to see themselves in other people and from different perspectives. She believes travel is quite the teacher, and their trips help the children learn there isn't any one way to be.

“Black boys in the US get a weird sense of what they're supposed to be,” she said.

A few weeks ago, they were in Hawaii, where she fondly observed how they grow and connect dots.

“Mummy, look, I’m a fire dancer,” one of the twins said to her, imitating the performers' movements. She hadn't mentioned to the kids that the performance is called “fire dancing,” but the three-year-old quickly put two and two together from just watching.

Of course, this is not to say things are always a breeze. Once, when they went to Machu Picchu in Peru, she had to prepare for possible challenges like elevation sickness.

“Sometimes, in those moments, we overthink, but the trip — and many others like it — went well,” she explained. “If anything, I’m personally more stressed at home. Locals are kind to tourists, most of them quickly willing to lend a helping hand with the kids.”

At home, Marquita can barely get the twins to stay put, so she’d rather give them the world as a playground. It is more fun and less stressful, but she also looks forward to learning with them.

Despite being a big advocate for travelling with kids, she still thoroughly enjoys her solo trips for work and rest. She sometimes feels a sense of guilt in the middle of an experience she thinks would have been great for the kids, but she knows they get their fair share of beautiful adventures. The sweet spot, for her, is that balance. At first, she used to try to micromanage their time away from her, packing everything and leaving notes for the person watching the kids — usually their father. However, she’s gotten good at trusting that her kids are OK and that she’s deserving of experiences outside of them, too.

"Driving [with your kids] makes for great memories" — Anisa Kissoon

Anisa, the founder of Maya Holistic Health, is a certified nutritionist and humanitarian who spends a lot of time travelling to Africa and Asia, especially for charity. Only the last of her five children is a boy, and two of her daughters are now married.

Based in London, she mainly drives to her destinations. Once, she drove from London to Turkey with three of her children and the cat.

“Driving makes for great memories, experiences and is better for charity and inspiration.”

Anisa recognises travel as a big part of her parenting process, teaching her children the beauty of the world and the importance of seeing life beyond their privilege. For the latter reason, they majorly visit places where they can contribute to feeding the poor.

When one of Anisa’s girls was 14, she told her mother that she wanted to become a filmmaker.

“We got her a camera just before one of their trips to Africa. Now, she's made a six-part series of one of our trips,” Anisa said warmly. “Now she’s a mother herself and travels with her child, too. They’ve been to more touristy places like Malaysia and Canada.”

She also reveals the less enjoyable side of driving everywhere, highlighting an instance when the whole family went on a trip to the Gambia. Anisa was heavily pregnant with her fifth child, so she only planned to drive about eight to ten hours max per day, while her then-husband would go the rest.

Unfortunately, something went wrong with the satellite navigation system after they left Europe. She wasn't the one driving, so she didn't notice that they took the wrong route, throwing them off course for about five hours. She had to drive for much longer than she planned in a car without air conditioning. They didn't get to the first checkpoint until about 6 in the morning, so they could only get about two hours of sleep before getting on the road again.

The situation was very uncomfortable for the kids, and just when she thought the worst was behind them, the keys got locked in the car. They had to break the window and have the youngest child — who was two years old — climb in to get the keys.

Car sickness is also one of Anisa’s worst enemies while driving. Once, her daughter got so ill she threw up on everything used to welcome them on a visit to a friend in Morocco.

Still, she thoroughly enjoys her trips with her family. She particularly enjoys finding that the locations she visits aren't half as bad as western media portrays them to be. The trip to the Gambia had them pass through beautiful terrains, from sandy mountains to lush green fields.

She still travels with her family, as all the car sickness in the world can’t stop them from gaining the incredible experiences they do.

Tracy Lamourie is the founder and managing director of a busy PR and media company in the US, working across borders and industries. As a result, she does a lot of international travel. She has two kids she describes as having special needs. The younger one is currently a teenage boy; the older one is a new mother.

She sometimes travels with her children to kick back, but because she's so busy, Tracy makes a lot of trips without her children. She recounted a funny but fond memory of a trip she took without them.

“When my son, Cassidy, was a young teenager, myself and my husband (and business partner) had to go to Malta on a business trip. It wasn't possible to take our young teenager on, so we planned for him to stay with our daughter, Haily, who was in her mid-twenties. She’s very responsible, so you would think I would be ok with it, but I was still very stressed about being a continent away,” she explained.

Notwithstanding the stress, Tracy tried to make the best of the situation, not only doing the work at the conference she had come for but also enjoying the sea and Malta’s nightlife.

“I remember one evening when my husband and I went to an Irish pub there. We were sitting around, having a drink and laughing, when I suddenly got a call from my daughter. The music at the pub was loud, so I couldn't hear her before the call dropped. Of course, my mum brain went into full panic mode. I literally ran out of the pub, sure that my daughter had some terrible news.”

While she was panicking that something might have gone wrong, her husband stared in shock. She had to gesture toward her phone while she hurried out.

“A block away, out of breath and heart pounding, I called back, hoping she’d answer soon to tell me what was wrong.”

“What is it? What's wrong?” Tracy practically yelled as soon as her daughter picked up the phone.

“Nothing, spaz, I just wanted to know what time you'll be getting home next Saturday,” Haily taunted.

After giving the reply, Tracy laughed at herself for about half an hour at how uncomfortable she got because of an unexpected call from her daughter. She then returned to the pub to finish her drink with her husband. 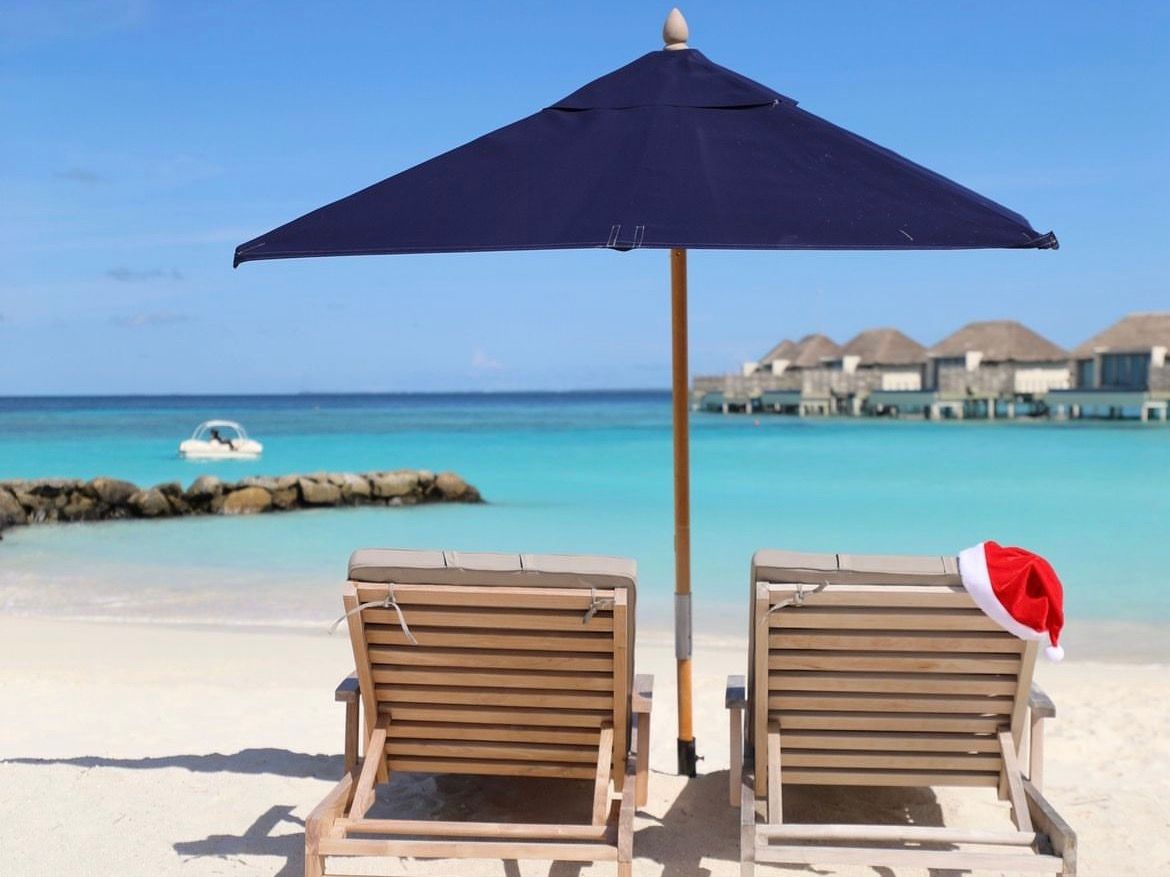