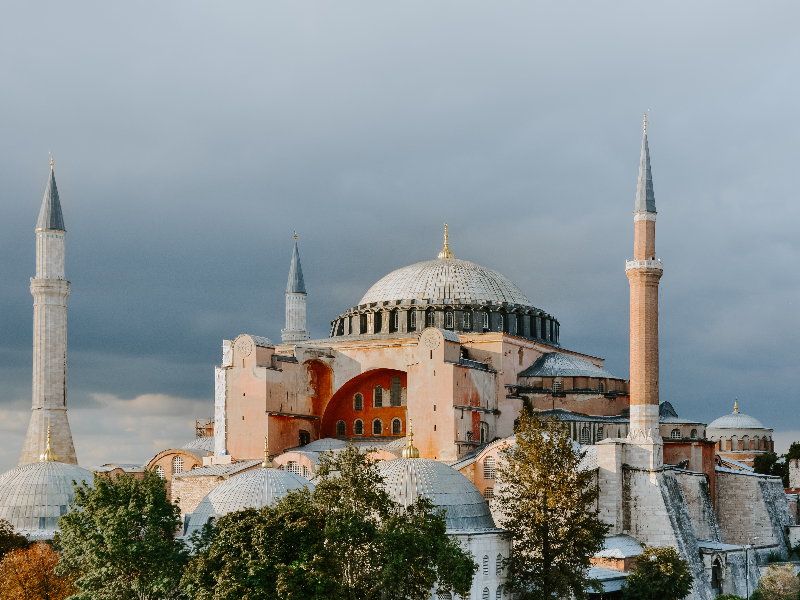 10 Places You Have To Visit When In Istanbul

There aren’t many cities in the world with history as rich as Istanbul’s. This has given the city a timeless charm that is evident to anyone who visits. With one part of Istanbul lying in Europe and the other part in Asia, there is a unique blend of cultures in this magnificent city. Istanbul is the largest city in Turkey and one of the most populated cities in the world.

Here are 10 of the best places to visit in Istanbul.

The Blue Mosque is an architectural masterpiece that has become quite popular amongst tourists over the years. This mosque has a lot of historical relevance, as it was very important in the Ottoman Empire and remains relevant in present-day Istanbul.

The mosque gets its name from the unique interior decoration of ten thousand Iznik tiles that appear blue. In addition to the history and beauty of the Blue Mosque, a lot of tourists go there to participate in daily prayers to feel more connected to the culture.

There’s no better place to see the whole of Istanbul than Galata Tower. For this reason, the tower has had great military importance in the past. The views here are second to none, so it attracts people from all over the world. Galata Tower allows you to really appreciate all the beauty Istanbul has to offer, and it’s as magnificent as it sounds.

This palace was the main administrative centre of the Ottoman Empire and is a crucial part of Turkish history. The palace’s interior is beautifully decorated with gold, and you’ll find exquisite flower beds and fountains in the gardens outside. It also has one of the largest chandeliers in the world. This palace has been completely renovated and turned into a museum, so you can go and take a close look at an important piece of Turkish history.

Hagia Sophia is a mosque that used to be a church, which gives it a lot of historical and religious significance. It was built by a former Roman emperor, who was a Christian, to serve as a church, but it became a mosque after the Ottoman Empire conquered the city.

It was later converted into a museum and has remained one till this day. It attracts tourists more for its rich history and amazing architecture than the actual contents of the museum. Still, make sure you take your camera when visiting this beauty.

This famous square in Istanbul is surrounded by many other tourist attractions, including The Blue Mosque and Hagia Sophia Museum, making it a central hub for tourists. The square itself is beautiful and offers a bit of respite in a city that sometimes feels like it’s moving too fast. It’s the perfect place to take things a bit slower and just chill with friends and family.

Architecture doesn’t get much more magnificent than this mosque. Süleymaniye Mosque is an Ottoman imperial mosque commissioned by Suleiman the Magnificent. Süleymaniye Mosque is a really large building that sits on a hill, so saying it stands would be a bit of an understatement. Both the interior and exterior of this building are exquisite, making it one of the most picturesque places in Istanbul.

The Istanbul Archaeology Museums are a group of three archaeology museums located next to each other. Istanbul has a long history of archaeological findings, and you can explore them all here when you visit the city. You will enjoy seeing relics and fragments of the past well-preserved in these iconic buildings. It’s like taking a deep dive into Istanbul's history.

This is a surprisingly romantic destination in Istanbul. It’s underground and provided a water filtration system for the great palace in the past. But now, tourists visit it because the lit-up columns along with the sound of water trickling down seem to set the mood. Some of the columns have Medusa head carvings as their base, which adds extra beauty to this unique location. You definitely won’t regret taking your partner to Basilica Cistern.

Gülhane Park is the perfect place to relax and take a break when you’re exploring Istanbul. It’s a nice peaceful setting that allows visitors to think while they walk through the park or sit on one of the benches. It’s also the perfect place to have a nice afternoon picnic with a loved one. Enjoy peace and tranquillity in the oldest public park Istanbul has to offer.

This is one of the oldest and largest shopping destinations in the world. Its location in the heart of Istanbul makes it really popular because it’s not that far away from anywhere else. In addition to having anything you could possibly be looking for, it’s one of the most picturesque locations in the city. Grand Bazaar is always colourful and vibrant and will definitely have you wanting to pull your camera out. It would almost be a crime not to visit Grand Bazaar when you go to Istanbul.