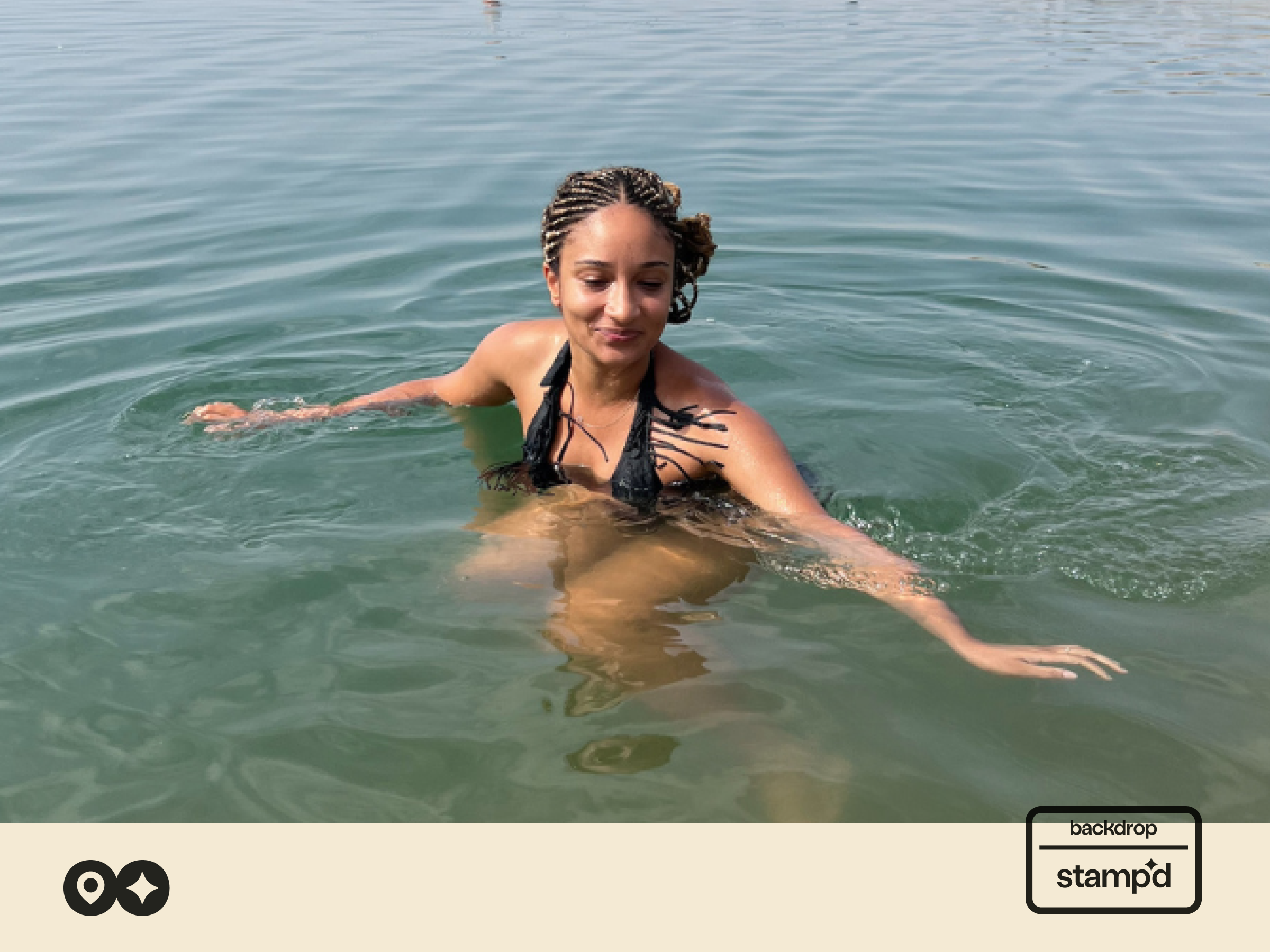 For this week’s episode of Stamped, Jemma Amachree-Broad, an economic development consultant, tells us how a work trip to Saudi Arabia ended up as a Middle Eastern tour. She talks about how fascinating Middle Eastern culture is, how friendly Jordanians are, and how queer-friendly Tel Aviv is.

This is her story as told to Okibe Attah, writer at Backdrop.

A long work trip to Saudi Arabia came up, and I was really excited because it presented me with an opportunity to meet up with some coworkers abroad. This trip was even more exciting as a Christian because it meant I could visit the historic neighbouring Christian locations recreationally.

I was immersed in work, so I didn’t get to be a Saudi Arabian tourist. However, I got to try some Arabian coffee, which they’re known for. During my little time outside meetings, I was glad to see that Saudi Arabia is a lot more progressive than the media portrays. I’d seen many tourists in denim and shorts.

As my workload reduced, it only made sense that I began seeing other parts of the Middle East. I arrived in Jordan and was there for a long weekend. I had hotel points, so I stayed at The Ritz-Carlton. It is a high-end, luxury hotel with a tasteful and soothing experience — world-standard food, great interior decoration and fantastic wines.

In Jordan, I went on a tour of the famous archaeological site, Petra. Being there was such an incredible experience because I got to see many fantastic carvings and artefacts from Ancient Egypt and Greece. However, if you decide to go to Petra, I wouldn’t advise that you go at the peak of summer; it could be dehydrating. The complete tour, back and forth, is a six-hour hike. Luckily, I went at a later time.

Since the meal options at the hotel were excellent, I wasn’t keen on eating out. Instead, I spent a lot of time visiting the sites. However, after my time at the Wadi Rum Desert, I had an experience where lamb was cooked in many different ways and served with dips and bread. It was delicious.

My experience at the Dead Sea was very memorable, too. Because the water has a high salt concentration, immersing yourself in it is impossible; you can only float. The water will push you back up if you try to swim down. It was bizarre. I also remember attempting to lick my finger and getting a “Don’t do that” look from one of the locals. I went ahead and can testify that the water is extremely salty. I imagined the “Dead Sea” would be located somewhere remote, but it’s right there. It’s just a drive, like going to the beach. By the way, you don’t need a tour guide to see Petra and the Dead Sea.

One thing I love about Jordan is that Jordanians are so welcoming and hospitable. When they realise you’re a guest in their country, they embrace you and want to ensure you’re having a good time. Even at the airport, when I was struggling, the locals offered to help in a very non-sleazy way. I also found the men so chivalrous.

One time, a colleague and I were invited to a party by some people, and they took us to their house after. They were very invested in making sure we had a swell time. They gave us their numbers and asked us to reach out to them in case of any issues.

From Jordan, I went to Tel Aviv for a whole week. On getting to Israel, I noticed that Tel Aviv’s airport security was nothing like I’d experienced. Compared to other airports, where you’re expected to arrive two and a half hours before departure, you must arrive three and a half hours early in Israel. They have additional checks and will search your hand luggage item by item.

But that aside, Tel Aviv is the ultimate beach city. I’ve been to many cities on the beach, but I’ve never had as good a time as I did in Tel Aviv. The beach is so pristine, and I wonder how they can maintain it since it’s a commercial city. It’s the Mediterranean, so the water is warm, calm and easy to swim in. The beaches aren’t overcrowded because there are so many stretches of the beach the whole way. Each beach has a beach bar with terrific DJs. There are dog beaches, family beaches and queer beaches. I think the beach culture is great.

While in Tel Aviv, I visited Jerusalem three times because it is only an hour's journey by rail. On my first day in Jerusalem, I didn’t do much. By my second visit, I did half of the Via Dolorosa (known as a way of suffering). It is the route believed to have been taken by Jesus through Jerusalem to Calvary. During this visit, I saw Christian sites and prayed a lot.

I did the other half of the Via Dolorosa on my third visit. It’s not a very long walk; I just chose to do it that way to soak it all in. After completing that, I saw more sites with predominantly catholic relics and where people pray. I also saw a Greek Orthodox Church called the Church of the Holy Sepulchre, which is believed to have been built on the site where the crucifixion of Jesus Christ happened.

Church of the Holy Sepulchre

My time in Jerusalem was refreshing. It was beautiful experiencing their rich history and seeing how well they worked to maintain relics and architecture to give a feel of the Old Testament era. It was interesting realising how much exposure the Middle East has to the world and how it has influenced the world through religion, science and trade.

The height of my trip was in Tel Aviv. Most of the activities I participated in happened organically; I just happened to meet people who were there and had ideas. Tel Aviv is a fun and liberal city with a vast trans community. It’s a queer-accepting city, and that was good to see.

The best place I went to in Jordan was the Wadi Rum Desert. I’d recommend you spend the night in a tent. If I could go again, I’d do that. I didn’t get the chance to do touristy stuff in Saudi Arabia, and I regret that because I wish to visit Jeddah.