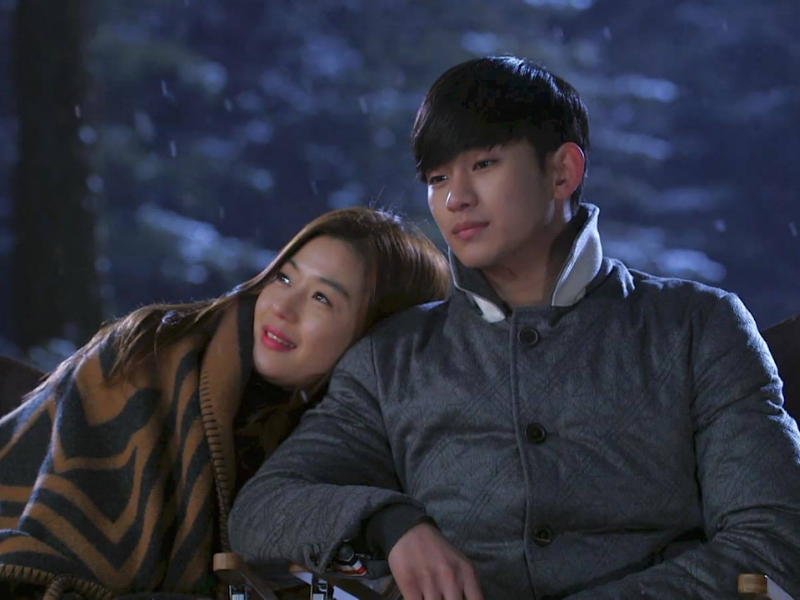 Korean television can make even the hardest heart swoon — and it’s not just because of the impossibly beautiful actors or adorable love stories. Much of South Korea is quite picturesque, and many K-dramas shoot scenes in the most aesthetic places the country has to offer.

Here are 9 of the best Korean destinations for KDreamers:

There are about four other artificial breakwaters at Juminjin Beach. Still, most people go to this special one to recreate the red scarf and bucket leaf flower scene from Goblin — arguably the most popular K-drama that features this location. If you’ve also seen More Than Friends or Hotel King, then this place is definitely a must-visit. The coastal setting is surrounded by many aesthetic spots, from the many instagrammable restaurants to the BTS bus stop not far from the beach.

This location is quite the star, appearing in up to 11 K-dramas, including Do You Like Brahms, 49 Days and Five Children. The Square right next to the area is famous among tourists in Seoul, especially those who admire the beautiful stonework. There are 22 bridges around the stream, all gorgeous at night, with aesthetic lighting. A popular tourist activity involves strolling through the area with someone you love and occasionally stopping for pictures.

Strong Woman Do Bong Soon features the setting as a beautiful date spot in the drama, but there's so much more in store for those who visit. The historic tourist hotspot in Sokcho is a century’s worth of beauty, and there's somewhere to grab a bite around every corner. The seafood market here is recognised for selling the freshest stuff in the country.

Do You Like Brahms is high in aesthetic value, featuring locations like the Cheonggyecheon stream (mentioned above) and the magnificent Seoul Fortress Wall. It's the best of both worlds, as it has both a historical and contemporary setting. Nearly 20km long, the wall is over seven centuries old. The location is also featured in six other notable dramas, including Run On, Love Alarm and Two Cops.

The University is featured in more than seven dramas, including both parts of Age of Youth, but it’s famous for other exciting reasons. Yonsei University is one of SKY universities, the three most prestigious universities in South Korea. Bong Joon-ho, an alumnus of the university, directed the Oscar-sweeping thriller, Parasite. In the Sinchon Campus, you’ll find Underwood Hall, a museum dedicated to the university’s founder. For me, it’s a great representation of the fact that school is sometimes pretty and fun — when you're not a student.

Nami Island’s countryside aesthetic makes it a top destination among tourists looking to explore Seoul more for its natural features. The landscape is an excellent picture of peaks and valleys, famous for springtime picnic worthy spots near its waters and summertime water sports. Winter Sonata is the most popular K-drama featuring this backdrop

The Korean Folk Village is a museum, making it another K-drama hotspot perfect for both learning and aesthetics. The architecture and cultural displays — including live performances — offer great insight into Korean history. Its special wooden bridge features in many dramas, sometimes in simple aesthetic scenes, other times in important moving scenes like in My Love from the Star, one of the most swooned-over Kdramas ever.

This incredible backdrop is one of the best displays of contemporary Korean architecture. It’s also trendy enough to be a Seoul Fashion Week location. The plaza is another My Love from the Star set, and you’ll also see it in She Was Pretty and The Producers.

Deoksugung Palace Stonewall Walkway makes appearances in up to ten popular dramas, from Run On to Do You Look Brahms (yes, the same one). The location is a simple beauty, but there's much to appreciate if you immerse yourself well into the experience. In Autumn, the beauty takes on a different form but is stunning nonetheless.