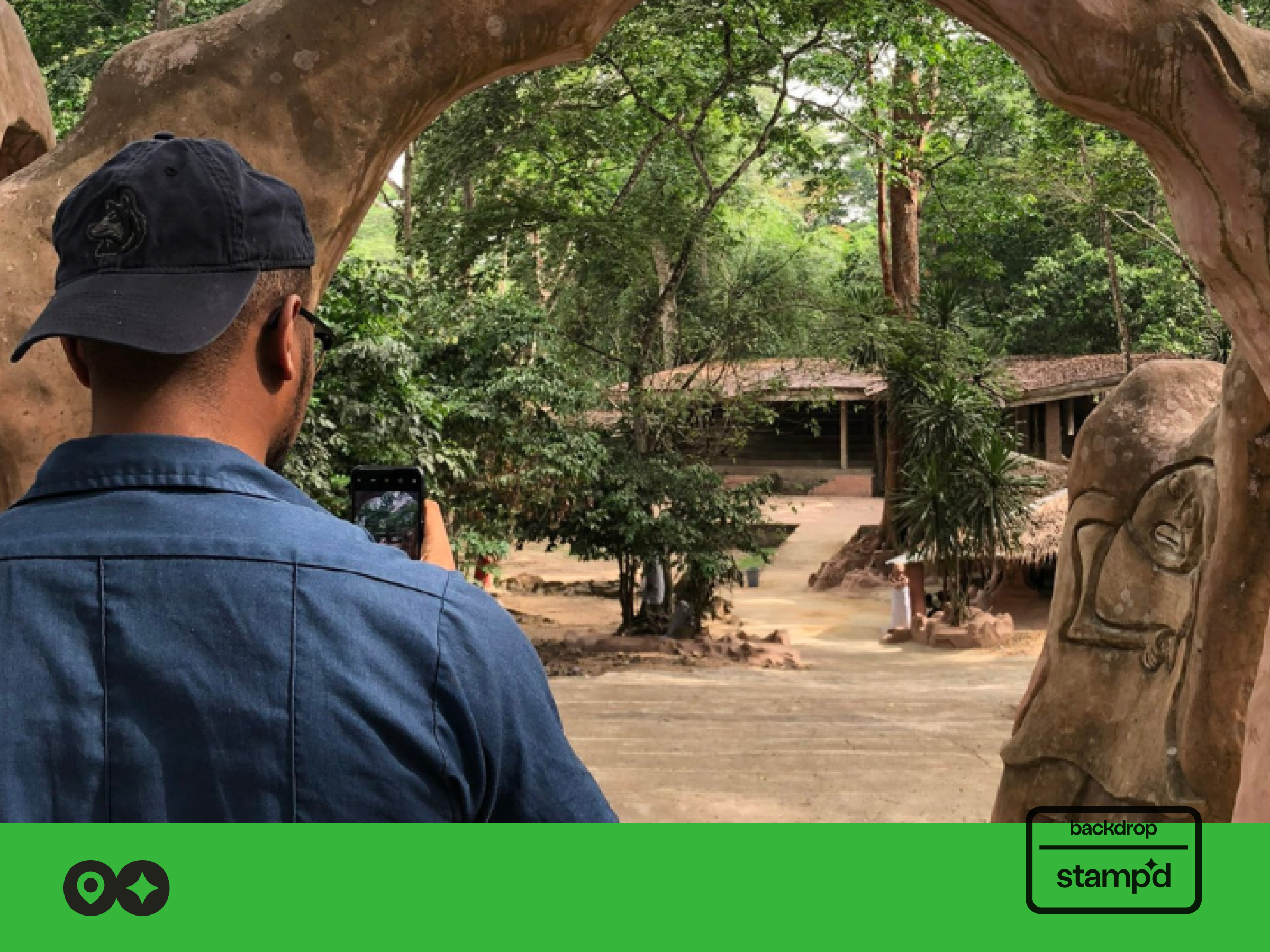 I Went On A Fun Trip To Osun State, And You Should Too

For this week’s Stamped, Folu Oyefeso, a lifestyle journalist, tells us about his eye-opening trip to Osogbo, Osun. He tells us about all the beauty Osogbo has to offer and how he wants to bring attention to the state with the Osun festival coming up soon.

This is his story as told to Chukwunonso Emelumadu, Writer at Backdrop.

I’ve travelled quite a bit in my life, both inside and outside Africa. I’ve been to Togo, Ghana, Zanzibar, England, Dubai, America and Canada. But with all this travelling, I soon realised the necessity of exploring places in my own country and promoting them, rather than always exploring other countries.

I want Nigerians to have a sense of pride when they talk about their culture and landmarks. I’m on a journey to document as much as possible and effectively build a directory on my website for other people who want to explore Nigeria, too. For this reason, I went to Osogbo for a day with my brother and two of my friends.

We took a two-and-a-half-hour drive from Ibadan to Osogbo. We left by 7 AM so that we could make the most out of the day. The drive was really nice — very scenic and free of traffic. When we got to Osogbo, our first stop was the Osun-Osogbo Sacred Grove, the home of the goddess Osun.

The grove is along the banks of the Osun river, and it’s located on the outskirts of Osogbo. Thousands of people come here to pay their respects to the goddess. It’s a 70-hectare forest full of statues and artworks, some of which have been there for over 400 years. We looked around, took pictures and explored. There are Osun devotees that are the link between the goddess and humans; we got to speak to them, and they gave us their blessings. We ended up spending over two hours in this enthralling grove.

Next, we went hiking at Erin Ijesha Waterfall. It’s a seven-layer waterfall climb that starts in Osun, but the top is actually in Ekiti. This was what we spent the rest of the day doing. We climbed for a bit, then took a break at the waterfall, where we swam, drank and just had a relaxed time. The water felt so nice and rejuvenating that we didn’t want to stop swimming.

As the thrill seekers that we are, we decided to keep climbing even though there were no stairs beyond that point. We could only make it to the fourth level because it was getting dark. This was the end of our Osogbo trip; we drove back to Ibadan after this.

I’ve been a nature lover all my life, so it was really nice seeing something so immaculate in Nigeria. Many people don’t realise that a lot of the things they travel outside the country to experience can be experienced right here. That’s what I’m trying to change. I also like to get out of the house and do a little exercise now and then, so I really enjoyed the hiking part of the trip. Erin Ijesha Waterfall is a tourist attraction, so I liked that there were other people there that also came to explore. I got to connect with similarly-minded people.

I was especially keen on sharing this story now because the Osun festival begins in a few days, and I want to bring any extra attention to Osun that I can. As Nigerians, we should hold our historical festivals in higher regard because nobody else will. I loved my trip to Osun, and I will be going back there to attend the festival. I encourage everyone to also attend if you can. It will be a really colourful and enthralling experience.