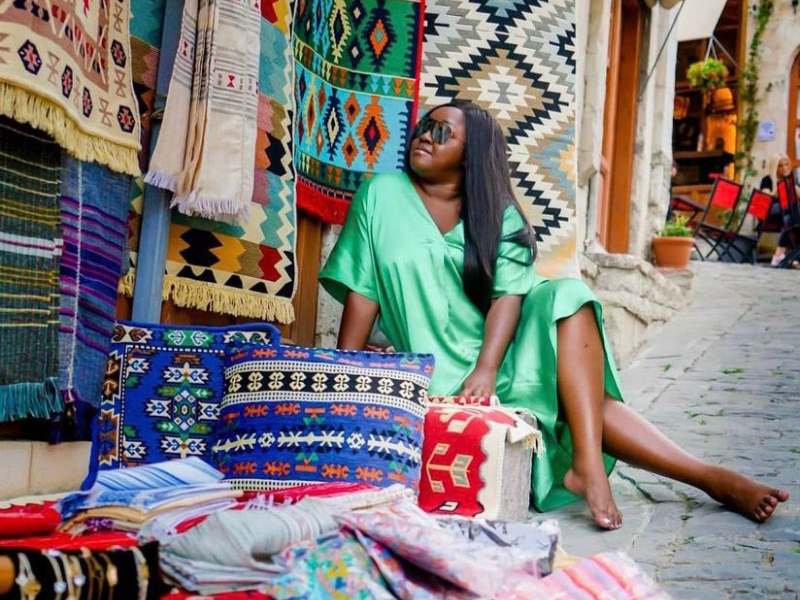 I Took A Spontaneous Trip To Albania And Loved It

For this week’s Stamped, Modupe Odele, a lawyer and travel enthusiast, takes us through her spontaneous trip to Albania. She tells us all about her unique experiences in this history-rich country and why she ended up loving it so much.

This is her story as told to Chukwunonso Emelumadu, Writer at Backdrop

If you follow any of my socials, you’d have noticed that I’m quite the traveller. Since September of last year, I’ve been going on a world tour, but it’s not a never-ending vacation, as I still work from wherever I am — that’s the beauty of remote work. Some countries I’ve visited in the past are Mexico, Greece, Guatemala, India, Spain, Kenya, and the list goes on.

Funnily enough, my initial plan wasn’t to go to Albania. I initially planned on going to Montenegro, but the day before my flight, I got a Google alert that there were riots in the capital, and that was where I was meant to fly to. I usually don’t have a problem with protests and riots when they are for a good cause, but seeing as this was a country I had never been to before, it didn’t seem wise to go at such a politically-charged time.

I checked the map for places around and saw that Albania shares a border with Montenegro, so I decided to go there instead. I was hoping to assess the situation in Montenegro from there and possibly visit later, but I got to Albania and realised it was an amazing place in its own right; I ended up spending two weeks there.

My Albanian journey started in Tirana, the capital, where the international airport is. Whenever I go to a new place, I like to take time out to understand the lay of the land. I spent two days in Tirana taking long walks, doing tours and going to the museum so I could provide myself with as much historical context as possible. After these two days, I just looked at the map of Albania and drove down south.

The next city I stopped at was Gjirokaster. Gjirokaster is one of the oldest cities in the world and a UNESCO World Heritage site. Albania has a really intriguing history. For example, up until 1992, nobody could travel in or out of the country. You’ll find the history of Albania encoded in places like Gjirokaster because of how long they’ve been around. I really enjoyed taking all of that in because I’m a bit of a history nerd. I ended up staying in Gjirokaster for about four or five days, and then I thought it was time to go to the beach and enjoy myself.

I moved further down south and went to Ksamil. Ksamil is a quiet coastal city that is a bit of an undiscovered destination, but I believe it will get a lot of tourist attention in the coming years. The beaches in Ksamil probably have the bluest waters I’ve ever seen in my life. I also liked the fact that it’s a pebble beach, not a sand beach. I’m a big fan of water-sports, so I did a lot of swimming and scuba diving here. The scenery at Ksamil is second to none. After Ksamil, I went to a much more popular city called Sarande.

Sarande is a popular tourist destination in Albania. The city has a port and a lot of cruise ships stop over, which leads to a high population of foreigners there. It was a nice place, but I’m not really a fan of places with too many tourists. I prefer mixing with the locals, so I left Sarande after two days.

From Sarande, I took a ferry to a Greek island called Corfu. Corfu is one of those islands that haven’t been properly discovered, so if you go there, don’t expect to find any fancy restaurants. When I was there, I ate roasted fish that I bought from a fisherman in a shack. It’s a really beautiful island that will definitely become more popular in years to come. I spent the day in Corfu and took a ferry back to Sarande.

I started going up north, and I went to a place called Shkodër. Shkodër is another historic town but has become more like a city. It was a fun place to visit; it had a lot of big hotels and establishments, which was a nice contrast from some of the other places I visited in Albania.

After Shkodër, I went to a mountainous region called Theth. Theth is a beautiful place that’s kind of isolated from everywhere else. You’ll love Theth if you’re an adventure lover like I am; I had so much fun here. I went on a lot of hiking trails and went swimming in a couple of waterfalls. My most memorable experience in Theth was a particular waterfall called The Blue Eye. The Blue Eye is really beautiful but also kind of scary. It looks like a hole in the water, and it’s really blue because of the concentration; the water around it is a lighter shade of blue. There, I climbed up like 23 metres and jumped into the freezing blue eye. I have to admit that I spent quite a bit of time at the top trying to brace myself because it was quite scary, but I overcame the challenge like everything else I have come across. Theth was the last place I visited in Albania before I went to Montenegro.

I really loved my trip to Albania. One thing that stood out for me in Albania, especially when I visited the Museum, was how women are depicted. They have a lot of powerful women in their history, and they aren’t afraid to show it; the statue outside their museum is literally a woman holding a gun. Also, the depiction of women didn’t feel forced or exaggerated. It all felt very true and natural. I never felt like there would ever be a situation where I’d experience sexism throughout my trip, and I really loved that.

I also really loved the food in Albania. Everything I ate there was really good, and that’s not usually the case when I travel to other European countries. If I had to mention a dislike, it would be the stares I got because I was the only black person almost everywhere I went; but I’ve gotten used to it as a frequent traveller.

Many of my friends and random people online are taking trips to Albania because of all the good things I have to say about the place, which makes me genuinely happy. I will continue to recommend Albania to anybody willing to listen because it was a truly amazing experience.