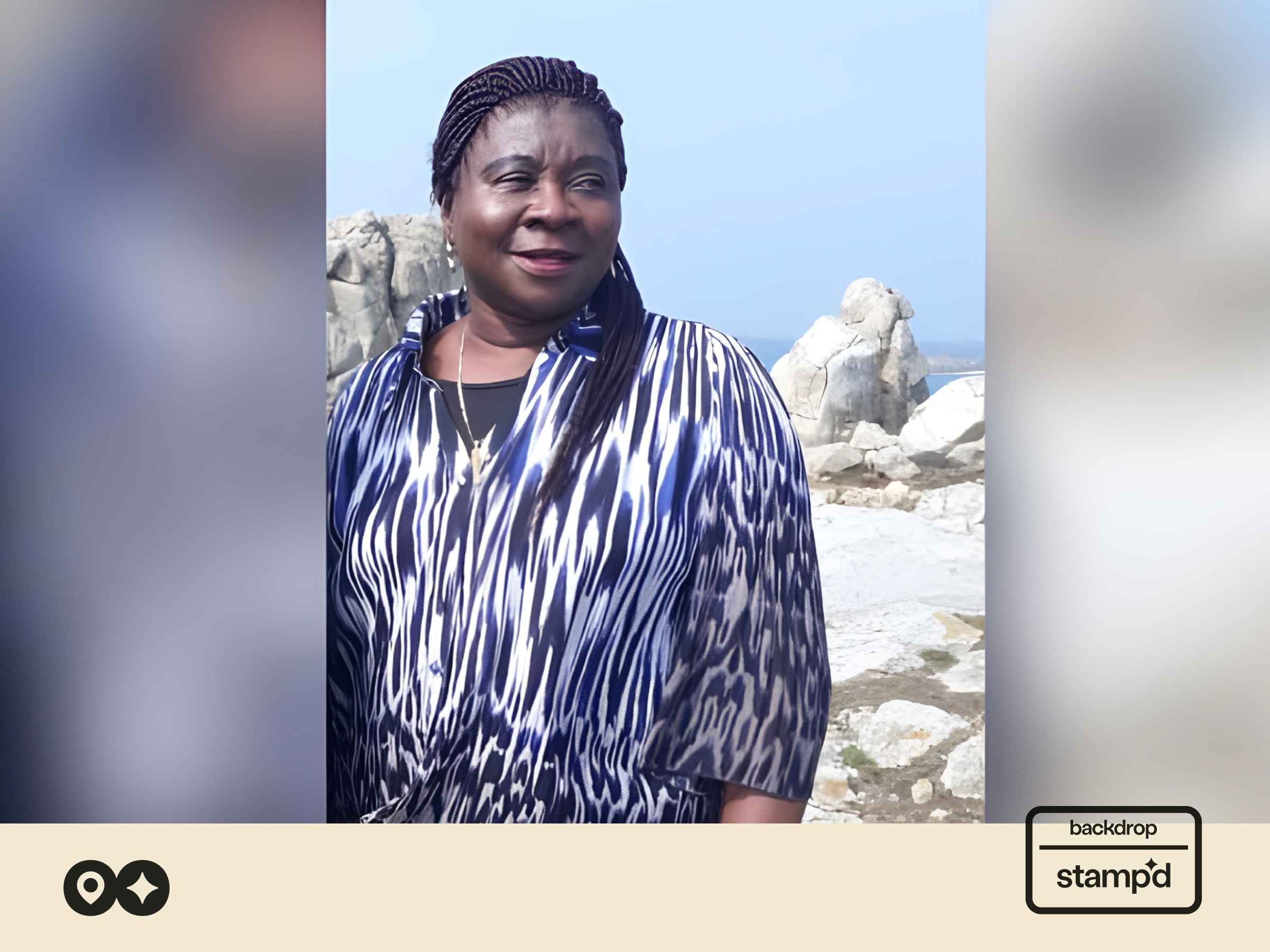 For this week’s Stamped, Mrs. Gbemi Ajayi, a retired nurse living in the UK, tells us about her 2010 trip to South Africa with her son. She talks about bonding with her son and how moving it was to see what black people went through during the Apartheid.

I really love travelling, so I try to take trips whenever possible. I travel with friends, family and, sometimes, I even travel by myself. I’ve been to Dubai, Greece, America, Ukraine and Australia, among others. One of my most memorable trips, however, was to South Africa over a decade ago. In April of 2010, I went with my son during one of his school holidays. We spent about ten days there with a family member, and the experience was unforgettable.

One of the first places we went to in South Africa was the home of Desmond Tutu, the popular human rights activist. His house has become a historical heritage location in Johannesburg. I thought it was great seeing such importance being placed on Desmond Tutu legacy; he was so vital to South Africa’s history.

After that, we went to Nelson Mandela’s house, and it was just as moving. We walked around, took pictures and just soaked in South African history. There were tour guides at both houses showing us around and telling us all about these revolutionary men.

Another memorable part of our trip was getting to see the less glossy side of South Africa. We were staying with family in the posh part of Johannesburg, but we wanted to see the other side of the city. We were told to dress down when we visited, so as not to attract too much attention to ourselves. We also got one of the local men to show us around. It was quite eye-opening getting to see that side of the city; I think it’s important to have a balanced perspective of how things actually are whenever you visit somewhere new.

The next thing we did on our trip was visit the Apartheid Museum. This was my favourite part of the entire trip because everything felt so real. At the museum, it really felt like apartheid was still in full effect. There are two entrances into the museum, one for black people and one for white people, just as things were during that time. My son went in through one entrance and I went through the other. Inside the museum, we went around looking at art and watching clips of how black people were treated. It was heartbreaking.

We also saw Nelson Mandela’s prison cell with the small bed he slept on for years. The whole museum moved me and made me deeply emotional; I never really understood the enormity of the discrimination that was going on during apartheid. At this museum, they managed to tell the story in a way that was both accurate and artistic. I'm really glad I went with my son.

During the weekend, we decided to have a bit more fun. We went to an open house to get a tour of some really nice houses. My son and I decided to pretend like we wanted to actually buy the houses, so the agent was trying his best to sell them to us. That was really fun. Then we went on a golf car ride and just enjoyed the beautiful scenery that the compounds had to offer. We had a splendid time. This was the last thing we did on our trip before we left South Africa.

I really enjoyed this trip because of how it made me feel. It's been over 10 years and I’ve still not been to many places in the world that made me feel as emotional as I did in South Africa. Being in the Apartheid Museum was really touching, especially as a black person. I would recommend the museum to anyone travelling to South Africa, so they can really understand what Nelson Mandela was fighting for and why he is such a hero.