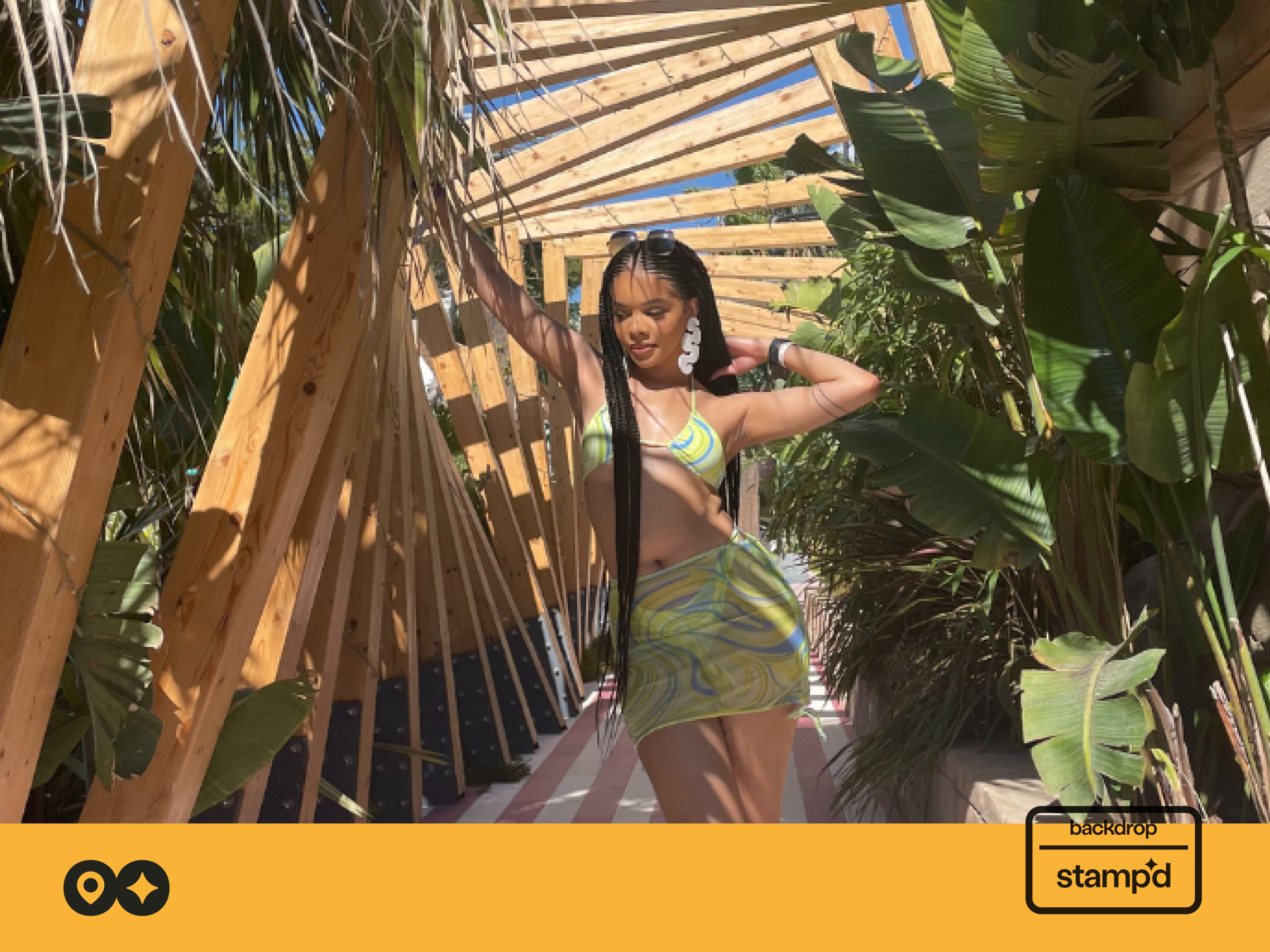 For this week’s Stamped, Maeve Willie-Pepple, a product designer and DJ, tells us about her four-day group trip to Ibiza. She talks about how fun partying in Ibiza is and how she’s definitely going again.

This is her story as told to Okibe Attah, writer at Backdrop.

I hadn’t travelled all summer, and I was looking to get out of London and have some fun. The end of summer 2022 was fast approaching and I couldn’t be more excited for a little escape. I planned a four-day group trip to Ibiza with my new flatmate, a friend of hers, and two of her friends. Ibiza is known for its parties, so I knew this would be super active.

We landed around 2 am and were at the club by 3 am. Ibiza doesn’t sleep, guys. Although the other girls were tired, my flatmate and I got into a taxi and asked to be taken to the closest club. The driver offered to take us where all the clubs were, but once we saw the lights and heard the music coming from Amnesia Ibiza, we told him to stop there. Our first night was so much fun, and my flatmate and I ended up making 5-minute long friendships in the club.

Later that day, we had breakfast at the hotel and then got ready to go to O Beach for a day party. We danced, ate and had a good time, but getting back to the hotel was a nightmare. It took over an hour of us walking around the streets of Ibiza to finally flag down a taxi. Because we left at peak time, all the taxis were booked up. That night, we got dinner somewhere close to the hotel and stayed in. We were exhausted from all that walking.

The next day we had lunch at a nice restaurant/hotel called Agroturismo ATZARO. The scenery was breathtaking and the food was great. I was blown away by how beautiful and serene it was. I was surprised to see it in a party city like Ibiza. It was like a little oasis.

Later that night, we attended an event for Black Coffee, an Afrohouse DJ, which was fun. The venue had multiple rooms and beautifully decorated spots. It slowly filled up as we enjoyed the music, and we ended up meeting some other people who travelled in from the US for the same reasons we did. The Black Coffee event was in the same area as a bunch of other clubs, so we decided to explore another called Swag Ibiza before calling it a night.

Our fourth day was exciting because we went on a boat trip. We listened to music, danced, swam and went cliff jumping. The water was beautiful and felt so good to swim in. The boat took us to Formentera Island, where we ate paella and drank sangria. To wrap up the day, we went to OKU Ibiza for dinner. It was stunning and such a great location to get pictures. The following day was our flight back home. In between, we went back to OKU again to chill and also stopped by TSR Ibiza hotel, another great spot for photos, before heading to the airport.

We’d planned the trip and created an itinerary on Notion where we all shared ideas, so it was nice seeing our plans leave the group chat, although five others bailed on us. Yes, there were initially going to be ten of us on this trip. Maybe that’d have been a bit chaotic — just maybe.

Meeting the ladies was beautiful because they were so friendly and fun. We were all willing to try new stuff and visit the same places. I’d definitely go on another trip with them again.

I recommend exploring the local area when visiting Ibiza because it's less expensive. I would have saved more money for the trip if I had known how expensive Ibiza is. If you visit during peak season (July–August), you should probably rent a car because taxis could be hard to come by. If you can, I’d recommend visiting Ibiza. I mean, I want to go back already. It felt good being somewhere hot and out of London. The goal was to have fun, and that was achieved.

I’d like to travel more, but I have a lot of fears about travelling solo. For me to travel, I wait until others can come along, and that’s not always possible. However, I’m working on changing that.