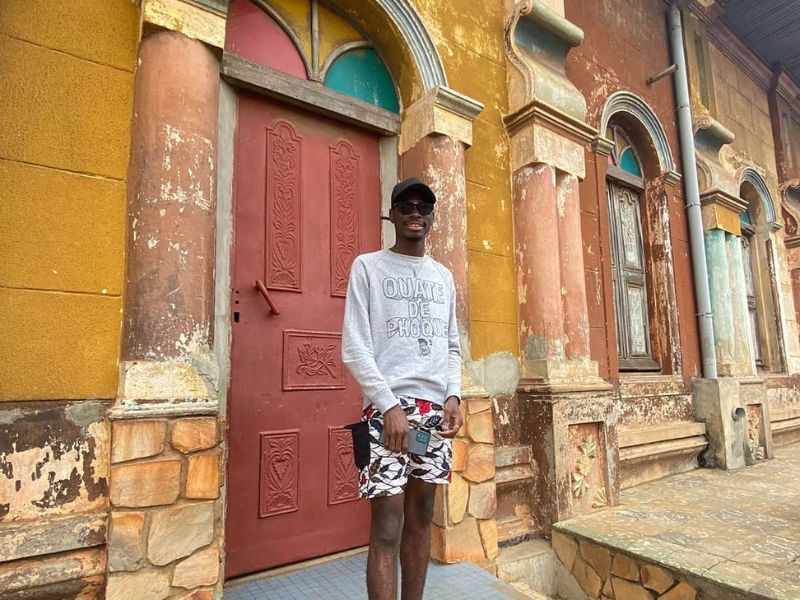 I Had A Queer Staycation That Rejuvenated Me

Chisom Peter Job (he/they) is a content designer and journalist interested in culture and technology. Their work covers policies, film and TV, with bylines in The New York Times, Aljazeera and others.

On a visit to Lagos in September of 2022, Chisom attended a queer event with friends. Compared to the Benin LGBTQ+ life, which they’d already learned how to navigate, this rooftop bonfire night was a little intense for them. For the most part, they and their friends were filled with anxiety, looking for possible escape routes.

This is the reality of many queer people, especially in countries like Nigeria, where LGBTQ+ activity is not only widely frowned upon but is also explicitly against the law. Eventually, though, surrounded by intense (and fulfilling) gayness, Chisom and their friends relaxed.

Surprisingly, Chisom moved to Lagos from Littoral, Benin Republic, but before then, they had a particularly queer staycation that was warming to hear about.

On this little holiday, Chisom’s favourite things were food, ice cream and all the love of their platonic friends — which most queer people understand is just as meaningful as romance and sexual tension.

But they did get hit on by a French man, too.

“The first time I ever saw a same-sex couple in real life was on a visit to Paris as a child,” Chisom would tell me later.

For a day that ended up etched among their favourite memories, it started off a tad overwhelming. Life, no?

Chisom needed a break and was ready to go it alone. But, in a bid to keep friends from worrying, they put up an apologia on their WhatsApp status. The little announcement explained that they wouldn't be home and would probably be unreachable for a while because they weren't really in love with life at the moment. However, they didn't say where they would be going, so it was a pleasant surprise when their closest friends showed up where they were. Chisom's friends knew the Golden Tulip hotel was one of their favourite escape spots and thought to find them there first.

They lodged at the hotel for two nights, the first of which they spent revelling in the intimacy of their friendship. There was music all night, dancing, and later, relaxation at the hotel’s pool. In the middle of the drunken poolside joy, Chisom noticed someone else who wasn't part of their friend group: a hunk with clear flirtatious energy.

The following day, they grabbed ice cream from Cornetto Italian before going to a gay club under cover of night.

While Benin Republic doesn't outrightly criminalise LGBTQ+ activity, the country can't be dubbed queer-friendly. As a result, the name of the club is withheld, but what we can know is that a queer person owns it. Unless you belong to the community, you probably can't tell from the outside, too. Still, the club is visited by many queer people who get down and dirty anywhere — from the rooftop to the bar.

“It was nice to see queer people just existing,” they remarked.

At the club, they met the Frenchman, and while they hit it off, Chisom didn't get his name before they left.

It was precisely the break they needed, and Chisom was ready to face the world again after.