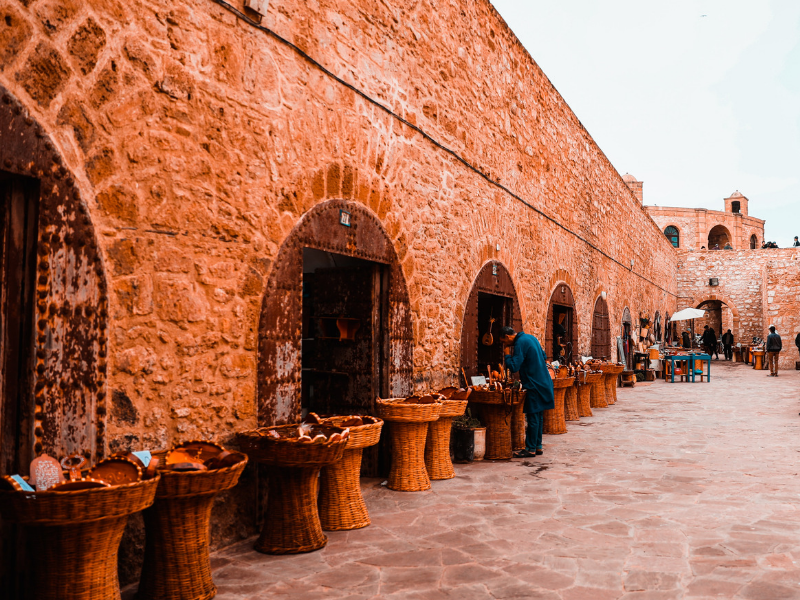 6 Locations for a Game of Thrones Aesthetic Experience

HBO’s latest fantasy: House of The Dragon is quite deserving of viewers’ enthusiasm and attention — and not just because of the incredible success of the sequel series, Game of Thrones, which was released before. The franchise, based on the books by George R.R. Martin, is set in Westeros: a continent which, according to the writer himself, is based on medieval Britain. Martin admits to making a travesty of the Wars of the Roses, the Crusades, the Hundred Years' War, and other such historical events. The Seven Kingdoms are brutal civilizations — especially compared to the much less jarring living conditions expected of modern society.

After one episode of the new show about the Targaryen Civil War, I started to wonder about the character, Rhaenerya, and how she dreamed to explore on dragonback. It was an incredibly epic world, it seemed, and I thought about how exploring the real-life bases of the world around the princess can serve both educational and aesthetic purposes. And given the latter, I was able to find some backdrops that remind me of the wanderlust the princess expressed.

Here are six backdrops with a Game of Thrones stylistic set:

Delos is a quaint island sitting in the middle of the Aegean sea — a name in the language style of the ancient European epoch depicted in GoT. The archaeological site, I think, truly looks like the ruins of a civilization that flourished thousands of years ago but collapsed, probably because they learned the hard way that there was more to medicine than milk of the poppy.

The remains of the first milestone of the city of Rabat, Morocco, all date back as far as the 12th century. I admit there is a much more modern recognition of this location (compared to the fantastical edifices in the franchise) but that's just because it's been destroyed and rebuilt several times. The most recent renovation was in 1995, but the site is still a perfect way to travel back in time.

This hilltop site in Morocco has histories of powerful kingdoms — even if they’re none of Westeros’ seven. Domination went from the Phoenicians and the Romans, then like many great civilizations are doomed to, domains became remains. The medieval fort stayed abandoned up until the 14th century — after which it was converted to a necropolis by a sultan.

The Mayans are another ancient people with picturesque architectural remains — and going off of mere size, I think a part of me would be willing to believe that dragons helped these incredibly powerful people in erecting the structures. The city of Uxmal is a very important archaeological site that displays the unique advancements of the civilization, especially considering that point in the timeline.

Built below ground in Istanbul is a massive cistern in an ancient Roman architectural style known as basilica (hence the name of the underground cistern). When standing before it, the column-lined beauty towers as the structures scattered across the streets of Lannisport. It has also been around since the early 6th century.

While exploring this amazing isle in the UK, you'll recognise it as the perfect setting for charismatic men draped in the regalia of their great houses. If the temperament of medieval rulers is as depicted in the HBO series, a visit to this actual millennia-old nordic settlement will help you appreciate how the crude yet glorious type characters complement the staggering architecture.