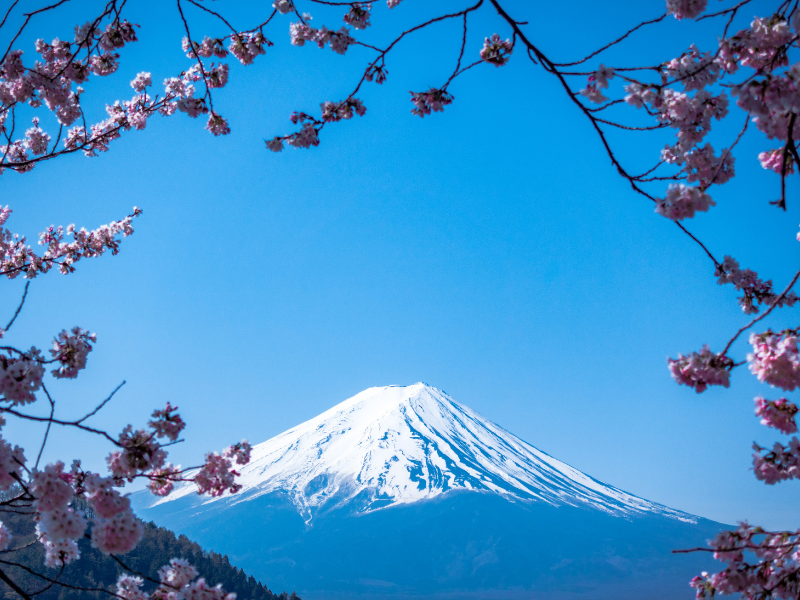 30 Of The Most Beautiful Tourist Attractions In The World

Whether you’re looking to explore rich cultural history at a museum, relax on a beach or visit one of UNESCO’s world heritage sites, there is no shortage of breathtaking tourist attractions in the world. With so much beauty to explore across the globe, you can imagine how tricky it was trying to pick just 30 places for this list.

From the vibrant and colourful to the antique and sublime, these places — all worthy bucket list destinations — give you a newfound appreciation for life, nature and beauty. They are all worth taking out the time to visit if you can.

Built by King Louis XIII and transformed by Louis XIV, the palace, known for its luxury and grandeur, features gilded statues, crystal chandeliers and ornamental pools. The opulent site is one of the most beautifully preserved examples of French history and is a truly magical experience.

2. The Great Pyramid of Giza, Egypt

Get a glimpse of ancient Egypt as you tour through the scenic attraction on the back of a camel. Make sure to take a lot of water, a camera and comfy shoes. Fun fact: The Great Pyramid was the world's tallest man-made building for more than 3,800 years until Lincoln Cathedral was constructed.

Voted one of the new 7 wonders of the world, the Taj Mahal combines Persian, Indian, and Islamic architecture elements. The white marble structure was commissioned by Mughal emperor, Shah Jahan, as a tribute to his favourite wife, who died in childbirth. The monument of love is a must-see.

Home to world-famous historical objects and mind-blowing exhibitions, a trip to the British Museum is sure to leave you culturally enriched. Its impressive collection features works ranging all the way back to two million years ago.

Named after Gustave Eiffel and located in the most romantic city in the world, this attraction is one you can’t miss. (You’ll feel like you’re on a movie set shooting the next great rom-com.) Interestingly, the tower was planned to have been torn down after 20 years. However, with a structure that incredible and cultural importance that palpable, we can see why that didn’t happen.

Widely believed to have been a religious site for Inca leaders, the historic structure features significant ruins and peculiar architecture, drawing in millions of tourists annually. With monuments, palaces, temples, water channels and ruins representing the lost culture of the Incas, the site is hands down one of the most interesting places to visit in South America. You can also hike to Machu Picchu; it’ll probably take you anywhere between one to three hours.

Built on a pier in San Francisco, the attraction features street performances, video arcades, 3D rides and endless souvenir shops. A lot of things might be pricey, but observing and experiencing the fabulous sea lions is free. It’s also a great spot to get a stunning view of Alcatraz Island.

Situated in the city’s Centro district is the political and cultural hub, The Zocalo. Surrounded by political powers, Palacio Nacional (the presidential palace), Catedral Metropolitana and the city government offices, it is the destination for historical moments, remembrances and events. The Mexican flag in the centre is raised at 8 AM and lowered at 6 PM daily; be sure to stop by and get a shot.

Perfect for family travel, the resort is constantly vibrant, full of people and boasts a whirlwind of activities — top attractions, special-effects shows and a chance to meet popular Disney characters, like Mickey and Minnie. With four theme parks, two water parks, several hotels and restaurants, it’s the perfect destination for a fun-filled day. Give yourself ample time to explore everything the attraction has to offer and be sure to use a map to plan ahead.

Located on the New York and Ontario border, Niagara Falls is an absolute must-see. It comprises three waterfalls, viewed from dry land or up close in the fall. Be sure to also experience attractions such as Cave of the Winds and Niagara SkyWheel for an unforgettable trip.

Housing over 3,000 shops and characterised by impressive architecture, rich history and a plethora of Turkish delights, Grand Bazaar is one of the most iconic shopping destinations in the world. With literally everything worth buying available, it’s undoubtedly a shopaholic’s paradise. Don’t forget to wear your bargain hat as you explore.

As the tallest free-standing mountain in the world and the highest mountain in Africa, Mount Kilimanjaro rightfully remains one of the most relevant tourist attractions in the world. It’s perfect for adventurers looking to climb to the summit, nature lovers in need of some enchantment or anyone who just loves a beautiful sight.

Your trip to Sin City isn’t complete without a visit to the Strip. With nightclubs, adult-only shows, casinos and bars, it’s the perfect destination for pleasure-seeking travellers and steamy nights. You can explore the Strip on foot or on Deuce bus tours.

14. The Great Wall of China, China

A trip to China isn’t complete without a stop by its most famous attraction, which stretches more than 13,000 miles across several provinces of northern China. The Great Wall comprises many sections and places to see — the Mutianyu section is currently the most popular.

Exploring the American cultural icon and one of the most recognisable symbols of the entertainment industry is one of our favourite things to do in LA, and we’re sure you’ll love it too. You can get a nice view of the sign from lots of places around, like the Griffith Observatory.

Despite being under construction for over a century and estimated to be completed in 2026, La Sagrada Familia has remained one of Barcelona’s most popular tourist attractions. The church is stunning from every angle and welcomes over 3 million visitors annually.

The gently sloping volcano, Mount Fuji, is the tallest mountain in Japan and is typically open for climbing in July and August. The cultural symbol and pilgrimage site will leave you breathless, as might the climb to the top. Fun fact: Mount Fuji last erupted in 1707 with volcanic ash falling in Tokyo.

Providing a glimpse into the history of London, the famous cultural site has served as a palace, prison, zoo and treasury. The Tower protected the royal family and possessions in times of war, and a visit here is a great way to bring your history lessons to life. Enjoy some time with friends and family as you explore the structure and adore the sparkly crown jewels.

The statue of Jesus Christ with arms widespread, overlooking Rio de Janeiro, is an image we’ve probably all seen. We assure you, it’s a much better view in person. Take an uber or train to Rio’s most famous landmark and experience the artistry in real life.

With henna-painters, street performers, belly dancers, monkey handlers, all kinds of restaurants and food stalls, Marrakesh’s main square is alive and kicking. Make sure to visit when in Morocco for some intriguing entertainment.

Located in the centre of Beijing, this attraction was home to several of China’s emperors for five centuries. It was named Forbidden City due to the lack of accessibility to anyone who had not received the emperor’s permission. With the perfect combo of structural excellence and crucial cultural heritage, this attraction will leave you in awe.

With its legacy as a royal castle for Bavarian royalty, the picture-perfect, fairytale-like structure will blow you away. Unsurprisingly, it is said to be Walt Disney’s inspiration for Disneyland castles. To explore, there are numerous tours in and around the Neuschwanstein Castle, and we advise you to book your tickets online as they get sold out pretty quickly. Take a bad picture here, we dare you.

Seen as the ultimate symbol of glamour and opulence, the stunning skyscraper is the biggest hotshot in Dubai. It is the world’s tallest building, possesses the highest number of stories in the world, has the elevator with the longest travel distance and features the world's highest swimming pool in a building. It is also three times as tall as the Eiffel tower. We can’t imagine not visiting.

Commemorating the friendship between the United States and France, the symbol of justice, freedom and hope is one of the most recognisable (and beautiful) statues in the world. It’s the perfect destination for travel and tourism.

As the largest standing amphitheatre in the world today, with spectacular structural design and vibrant history, Colosseum remains a world icon despite damage by fire and earthquake, as well as architectural conversions.

If you’re looking for a unique but not cliché tourist attraction, this impressive library (and ancient roman building) is definitely worth a visit. It is dreamy, features ruins rich in history and incredible design details.

Topping many travel lists, the residence of the British royal family is an important cultural landmark. Situated at the heart of Westminister, the building featuring 778 rooms is used for ceremonial and official affairs. You can see the staterooms on tour or enjoy a picnic with spectacular views of the Palace. The staterooms are typically open to the public during the summer when the queen is away.

Popularly known for housing the famous masterpiece Mona Lisa, its unrivalled art collections and priceless treasures make it the perfect location. As the second-largest art museum in the world, it’s understandably usually full of people, so make sure to book your tickets well in advance to avoid the queue.

With whimsical designs and beautiful architecture, the boat-shaped tourist attraction should top your list of things to do when visiting Australia. The performing arts centre has over 40 shows a week and is surrounded by great cafes and restaurants.

There are not many buildings as breathtaking as NYC’s most iconic building, characterised by unique architecture and sophisticated technology. Head to the top for astonishing scenery. We suggest early morning or late evening reservations for perfect views and photographs.

You can discover more of the beauty of the world with Backdrop. Download the app on your iPhone.