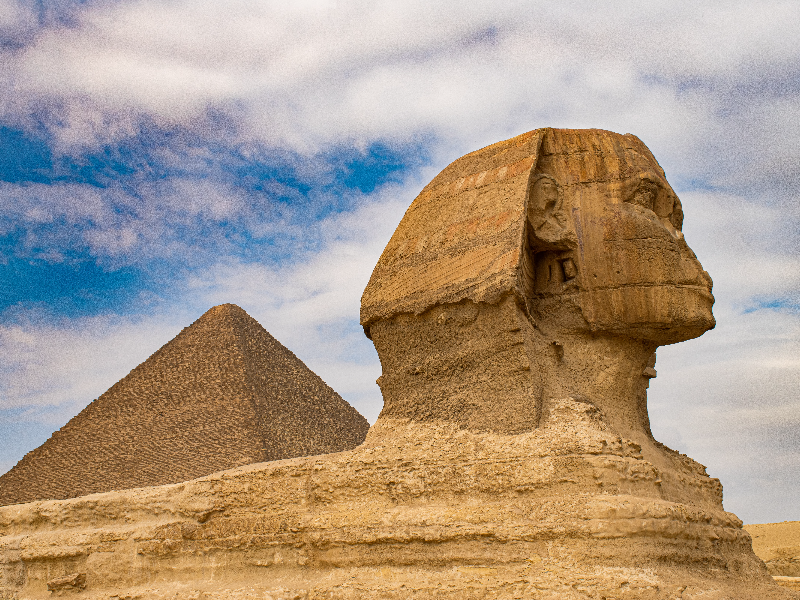 When many people think about Egypt, they think of the pyramids and the sphinx, but there’s so much to it than that. Ancient Egypt was one of the greatest civilisations in human history, and much of the progress that we have made as a species has its roots in Egypt.

Modern-day Egypt has an incredible blend of ancient monuments, natural attractions and modern tourist spots. All these come together to make Egypt a wonderful place to visit. So, we’ve made a list of 15 attractions you won’t want to miss whenever you find yourself in Egypt.

Also referred to as the Southern Sanctuary, Luxor Temple lies on the banks of the Nile River. Unlike most other temples in Egypt, the Luxor temple wasn’t dedicated to a particular god or Pharaoh.

The temple was built to host ceremonies and crown new leaders. It’s an architectural masterpiece, decorated with human-headed sphinxes, carved hieroglyphs, endless columns and so much more.

This valley is one of the most intriguing sites in the whole of Egypt; it was the principal burial place of the Pharaohs from the 11th to the 16th century. Pharaohs used to be buried with gold and expensive items, so it’s no surprise that most of the tombs were ravaged and robbed over time.

The Tomb of Tutankhamun, however, has been reasonably preserved. The decorative scenes of Egyptian mythology on the walls are probably still as bright as when they were carved. It’s so beautiful.

This is one of the most prominent natural attractions in Egypt. It is the longest river in Africa, flowing all the way from Eastern Africa to the Mediterranean. The Nile River was crucial in the emergence of Egyptian civilisations because of water irrigation, transportation and much more. Taking a cruise on the River Nile is one of those defining experiences I think everyone should have.

In a country so well-acclaimed for its ancient wonder, modern attractions like the Cairo Opera House need to be valued and appreciated. Although you probably didn’t go to Egypt for the opera, the Cairo Opera House is a great place to go to if you want a unique experience while you’re in Egypt. It is home to the finest musical groups Egypt has to offer and is sure to treat you to an amazing night.

The Egyptian Sphinx is a sculpture of a lion’s body with a human head and is probably the world's most famous and recognisable sculpture. Cut from limestone and located in the Al Giza desert, the Great Sphinx Of Giza is considered by many to be Egypt’s Oldest standing Monument. It is truly marvelous to behold.

Karnak Temple is one of the most popular tourist attractions in Egypt, and it’s pretty obvious why. Visitors can expect to see a number of chapels, pylons and decayed temples; it’s just so much of ancient Egypt all in one place. It’s close to Luxor Temple and the Valley of the Kings, so be sure to cross out all three from your checklist in succession.

When you talk about architectural masterpieces in Egypt, you have to mention Al Azhar Mosque. This mosque has a number of well-decorated domes and courtyards; it even has a tour that takes you through the majesty of the whole place. But remember, this is still a place of worship, so you should be respectful in all that you do.

You've definitely already heard about the pyramids in Egypt, and I can tell you that it’s just as magnificent as you’ve been told. Seeing the pyramids might feel too obvious and tourist-y for a trip to Egypt, but I promise that you’ll regret it if you don’t go. They were originally built to be tombs for pharaohs, but the job was so well done that it emerged as one of the seven wonders of the ancient world. Join the millions of people that visit every year.

If you’ve ever read the Bible or you’re a fan of the religious book, then this is a unique place to visit for you. It sits at the base of Mt. Sinai, which is where God gave Moses the ten commandments. The monastery was named after St. Catherine because she was tortured and killed for being a Christian.

The collection of ancient Christian text and images here is only rivalled by the Vatican. The whole place just feels like an ancient Christian time travel expedition. It even has the famous burning bush, but don’t expect it to be burning when you get there.

It would have been criminal to go this far into this article without giving you a nice waterside location for you to relax and take a breather in Egypt, and that’s exactly what Naama Bay is. Full of golden beaches, clear waters, restaurants and bazaars, Naama Bay is the ideal place to have a beautiful and laid back time by yourself or with the people you love.

Also known as the Egyptian Antiquities Museum and the Museum of Cairo, this museum in downtown Cairo was the first purpose-built museum in North Africa. The Egyptian Museum is home to the most extensive collection of Pharaonic antiquities in the world. There are a ton of unique and rare artefacts there for you to explore.

Gezira Island is commonly regarded as one of Egypt’s most romantic places. Located in the Nile river, Gezira Island is the perfect place to escape to when you are a bit tired of the busy Cairo. It is a beautiful and picturesque location that is perfect for winding down, especially if you took the trip with your partner. You’ll be treated to good restaurants and amazing views when in Gezira.

The Cairo Tower is the tallest and one of the most visited structures in Egypt. The tower is 187 metres tall and will definitely give you the most amazing view of Egypt’s capital. There is a restaurant at the top of the building, so don’t worry about having to come all the way down to get something to eat.

Mount Sinai is famous for obvious biblical reasons, and just like Moses, people are going up the mountain in modern-day Egypt. The mountain is a popular hiking destination for adventure junkies and thrill-seekers. The scenery there is so beautiful that you’ll definitely be taking a ton of FOMO-inducing pictures.

This is one of the best spots for water-based relaxation in Egypt. The water here has a beautiful bluish-green colour and is perfect for swimming, diving and snorkelling. Magnificent coral reefs surround the bay. Go to Fjord Bay to relax and enjoy the stunning view.