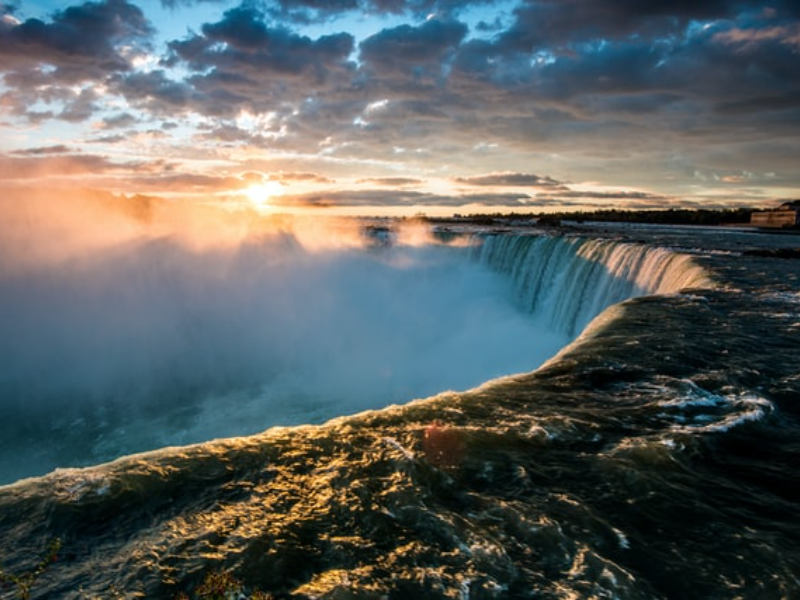 15 Places You Don't Want To Miss When You Visit Canada

Canada is the second-largest country in the world by land area. It’s famous for its rocky mountains, maple syrup, unbelievably polite people and uninhabited land. Canada’s attitude to immigrants is welcoming, encouraging people from all over the world to move in search of a better life; because of this, Canada is incredibly diverse and tolerant.

If you’re in Canada or you're planning to visit, then you should check out these 15 places.

Banff is a national park in Alberta that is beautiful all year round; it’s Canada's oldest national park and welcomes over 3 million visitors every year. These people come to Banff for enthralling activities like hiking, skiing, biking and camping, all in the breathtaking mountain scenery. In Banff, you can also enjoy and take pictures of the beautiful turquoise waters of Lake Louise; almost everyone that comes here can’t wait for their next visit.

Whistler is a town in British Columbia famous for skiing and snowboarding. It’s home to Whistler Blackcomb, one of the largest ski resorts in North America. Whistler became popular because it was one of the venues for the 2010 Winter Olympics.

There are villages there with cafes, restaurants and bars; these establishments recognise that you’re coming from mountainous activities, so they provide a casual and relaxed atmosphere. If you love skiing and winter sports, then you should definitely visit Whistler.

The Bay of Fundy has the highest tides on the planet and is one of the seven wonders of North America. This unique coastal environment isn’t only renowned for its high tides, but also for geological discoveries (because it has a high fossil presence) and for marine life. Many archaeologists visit the bay to study, so if you’re interested in species that were on earth before humans, you should probably visit too.

As the name suggests, Old Montreal is an old neighbourhood — the oldest neighbourhood in Montreal to be precise — but it’s also one of the liveliest. This upbeat neighbourhood dates back to the 17th Century and is full of lively plazas, cafes and iconic landmarks like Notre Dame Basilica. When in Old Montreal, the years of culture and history are palpable.

The CN Tower, a very tall observation tower, defines the Toronto skyline. It’s the most recognisable landmark in Canada and an engineering wonder of the modern world. The CN Tower has one of the best views in the world, and you can see the picturesque Toronto islands and sometimes even Niagara falls. At the top of the tower, there are also great restaurants and fun activities to do.

The Yukon is a mountainous territory in the northwest corner of Canada. It’s home to the smallest desert in Canada and a fantastic array of wildlife, from grizzly bears to woodpeckers. The arctic circle passes through the Yukon, so sometimes you can see the Northern Lights here and get some epic pictures

This is one of those places in Canada that are best enjoyed in the summertime. Huge lakes dominate the valley, and some of the best beaches in the country can be found here; so better bring your sunscreen. Canoeing, sailing and pleasure boating are popular activities at the Okanagan valley, so there’s a really good chance you’ll get wet when you visit.

Calgary Stampede is a ten-day festival held every July in Alberta. It’s one of the most anticipated events in Northern Canada and attracts over a million visitors every year. For this week in July, the city of Calgary looks like the old west; you’ll find many people wearing cowboy hats and boots at this festival.

Activities include rodeos, stage shows and agricultural competitions — basically anything they used to do in the old west. There are also spots where you can get the best pancakes there. Calgary Stampede is a great place to experience old western culture.

When it comes to natural attractions in Canada, Niagara Falls sits comfortably at the top of the list. It’s the world’s fastest-moving waterfall; Niagara Falls has been attracting daredevils for well over a decade. Many people have died trying to plunge over the falls in boats, so please don’t. Just admire the beauty and sound of the falls when you go there.

This Island has a wonderful hiking trail and several camping spots. Anyone that enjoys staying in the woods and appreciating nature should definitely go to Vancouver Island. It’s only a two-hour ferry ride from the mainland, but it feels like a world away.

This park is a UNESCO heritage site because it gives a unique view of continental drift. The action of icy waters causes beautiful rock formations here. Gros Morne is the most remote national park in the country and the perfect place to appreciate your surroundings in peace and tranquillity.

Mount Logan is the highest mountain in Canada and the second-highest in North America. This mountain is notoriously hard to climb, so it’s the perfect place for thrill-seekers to come and test themselves. You’ll need to carry all your own gear while hiking up, so be prepared.

The Butchart Gardens have been growing in British Columbia for over 100 years. It’s open all year round, as each season brings different flowers and charms. It’s a huge garden, so come ready to take lots of pictures; it takes hours to fully explore Butchart Gardens.

Churchill is a town that’s famous for the large number of polar bears that migrate to it in the fall. It’s wonderful to see nature unfold before your eyes, and Churchill is a testament to that. Polar bear tours here allow you to see these majestic creatures in their natural habitat.

Maligne Lake looks like a place designed on a canvas; it’s beautiful and picturesque. The lake and everything in the surrounding region just look so perfectly placed because everything compliments each other, from the Azure water to the mountain tops. The lake is famed for how beautifully blue the water is, making the Maligne Lake truly a sight to behold.