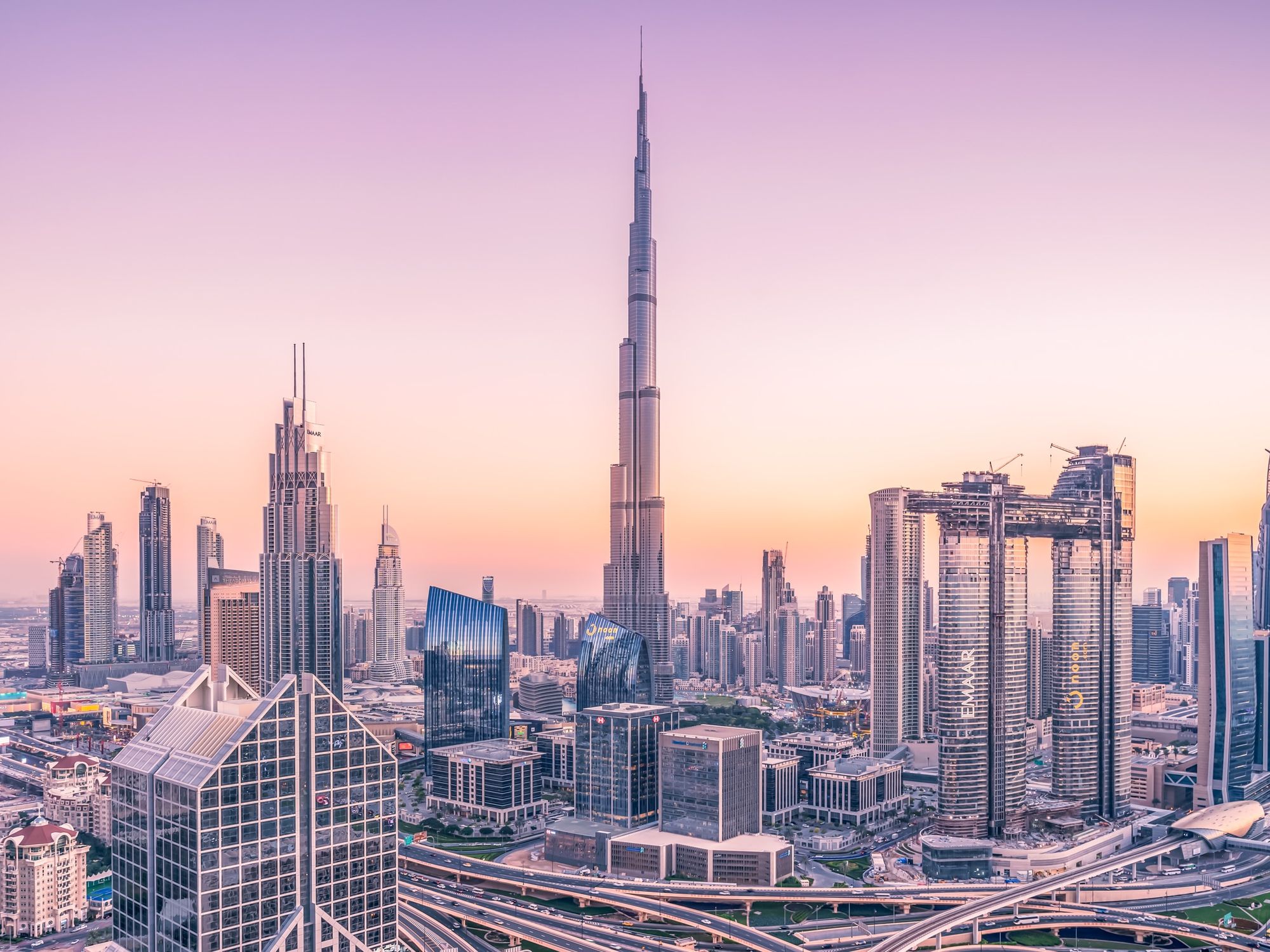 15 Of The Greatest Architectural Wonders Of The World

As a mix of both science and art, the human act of designing and constructing buildings is pretty magical to me. Take a look at all the magnificent structures all over the world; you can just see the strife for glory, making architecture a kind of treasure that's easily recognised — even before you get into the nitty-gritty of what it took to give the designs physical form.

Want to be wowed by the power of human construction? Here are 15 of the greatest architectural structures in the world:

The current tallest building in the world is a mixed-use skyscraper in a place where the impressive civilization is represented not only by the people but by the modern infrastructure as well. The notably daring tower is 162 floors — a height of 2,717 feet (828 metres) — and in it, there are all kinds of spaces: commercial, residential, hospitality etc.

A stunning landmark that seats up to 80,000 people, the National stadium in China's capital was built for the 2008 summer Olympics. Outstanding structural engineering and deconstructivism are undoubtedly important aspects of the Bird's Nest, but it's also designed so that the view is perfect, no matter where you're sitting.

Made up of nearly 20,000 metallic parts, it took 50 engineers and designers and 5,300 workshop designs to get something concrete. Then it took 2 years, 2 months and 5 days of construction to finally complete it. The plan was 300 metres high, and today, we have an elevation of an extra 30 metres.

Currently the largest unfinished Roman Catholic Church, the Basilica Temple Expiatori de la Sagrada Família (Expiatory Temple of the Holy Family) has been in construction since 1882. To many residents, it is the symbol of Barcelona. Although the idea started as a simple Roman Catholic church dedicated to Jesus, Mary and Joseph, the neo-gothic project has become the most prominent example of Catalan Modernism.

In the western part of Uttar Pradesh, a state of northern India, is a mausoleum complex built by an emperor who reigned between 1628 to 1658. The emperor wished to immortalize his wife, Mumtaz Mahal, (“Chosen One of the Palace”), whom he'd loved a while before he became a monarch. She died in childbirth in 1631, and her husband decided to give her a legacy of fine Mughal architecture: a mix of Indian, Persian, and Islamic designs.

Vishnu, a Hindu god, was the original deity worshipped at the world's largest religious monument, but today, it stands as a Buddhist temple complex. With more than a thousand buildings, it is one of the most famous great cultural wonders of the world. The 402 acres of land faces the west, rather than the east like most other temples of Khmer-style architecture.

Construction of this amazing design was expected to take four years, but it took 14. It also took up to 10,000 construction workers to complete the structure and more than 1 million Swedes-made roof tiles to put the 4-acre covering together. So, while it is a big example of the nuisances poor management can cause, it remains a respectable architectural accomplishment.

By getting voted one of the New Seven Wonders of the world, this Inca site in the Andean region is famed as one of the all-time greatest human constructions. With dizzying terraced slopes and a place between two dramatic mountain peaks (which enhance the perception of height), the construction is truly extraordinary. Well preserved, the citadel's grey-white granite glistens, and there is so much more to the millennia-old rocks excavated on this site.

Also called Flavian Amphitheatre, this popular historical landmark was built in Rome under the Flavian emperors — hence the name. The assemblage of orders is an architectural renaissance codification based on this oval structure’s rising arrangement of columns. As it seated up to 50,000, it remains the largest amphitheatre in the world, ancient or modern. They even built a vast retractable awning to shield spectators from the harsh sun.

Historians and archaeologists alike are particularly appreciative of the thoughtfulness of this city's design. Rock-cut architecture from colourful stones is quite the undertaking — even aesthetic enough to earn the Jordan city the nickname Rose City. However, the innovative water management system is what makes the city quite impressive, as it wouldn't have been very inhabitable: it is surrounded by desert and rugged, mountainous terrain.

Of the three Great Pyramids, the northernmost and oldest pyramid of the group was built for Khufu, the second king of the 4th dynasty. Called the Great Pyramid, it is arguably the most impressive single building man put on the planet. The sides are even accurately oriented to the four cardinal points of the compass. Different coloured limestone and granite were used in the construction.

From a Christian church to a mosque to a museum then to a mosque again, this dynamic Byzantine structure has seen visitors come and go for various reasons. However, given evident building blends: the Islamic inscriptions and symbols as well as the grand mosaics of Christianity, the edifice is a reflection of the religious changes that have played out in the region over the centuries.

Defying traditional museum design, this building stretches upward and outward to form smoothly sculptured spirals of big bare white concrete. The spirals are a ramp of six “stories” around an open centre dome of glass that serves as a skylight. When you think it can't get any more marvellous, you see that many of the paintings “float” (thanks to metal arms concealed by design).

Constructed on a site that was once bombed by the US, the location of this project alone earned it a significant level of importance. However, it's the concept — inspired by the dance skills of a famous film couple: Fred Astaire and his partner, Ginger Rogers— that rocks the world. There is a gallery and restaurant with a terrace you can visit for a 360° view of Prague.

MAC is a common moniker for this museum on the side of a cliff. From the museum, the views of Rio De Janeiro are incredibly breathtaking. While the feat was met with some challenges, the world-class architect, Niemeyer, found a simple solution that involved the saucer shape that is now widely appreciated for aesthetics as well as engineering.