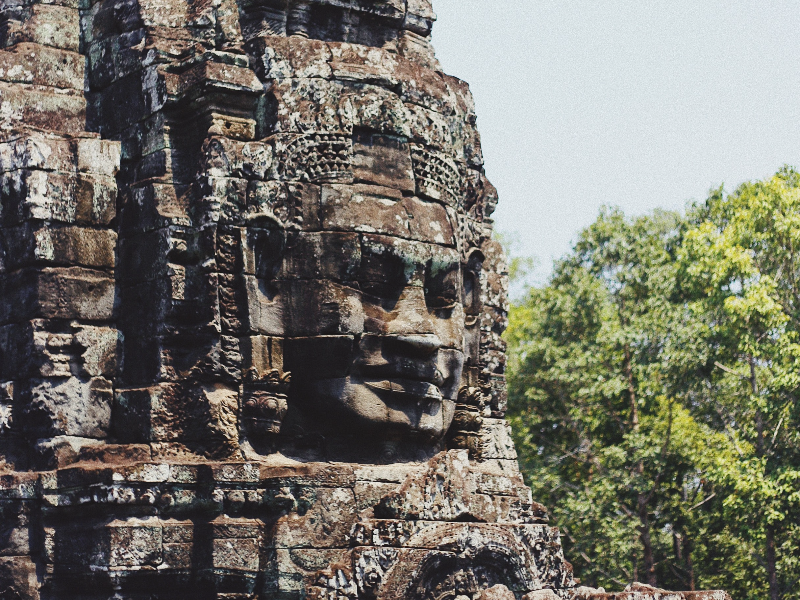 12 Of The World's Most Spiritual Destinations

Irrespective of which higher power you believe in (or don't), there are places on earth that have great spiritual importance, either because of their history or because of certain attributes they possess.

Here are 12 spiritual destinations worth visiting.

Despite being a popular tourist attraction, Macchu Picchu still retains a lot of mystery. No one is exactly sure what the Inca Royalty used the ‘lost city’ for back then, but it’s widely believed that it was mainly for religious activity. They were sun worshippers, and that’s why pilgrims from around the world flock to this isolated site till this day. Go there and appreciate the multiple shrines, carvings and the Temple of the Sun.

The Dead Sea is actually not a sea but a lake relatively close to Jerusalem. People from all over the world come here to be cured due to the lake’s apparent ‘healing qualities,’ which is kind of ironic since it’s called the Dead Sea. It’s actually called that because of its extreme saltiness, making it inhabitable for most plants and animals. But this salt and other minerals have given it these ‘healing qualities’. There’s no confirmation that it actually heals people, and it could just be the placebo effect; nevertheless, there’s no harm in trying and going there is still a unique experience.

Bodh Gaya is a populated village in India that’s not just a popular Buddhist pilgrimage site but also houses a UNESCO world heritage site, the Mahabodhi Temple. At this temple, Prince Siddharta attained enlightenment and became the Buddha under the bodhi tree, so all Buddhists have a special connection with this place. Go pray, meditate and take in all the positive spiritual energy on offer there.

In the middle of the Cambodian jungle, you’ll find the largest and one of the most majestic religious monuments on earth. Angkor Wat is truly a sight to behold; stone faces of gods adorn the walls of this historic temple. This 12th-century temple complex was built as a spiritual home for the Hindu god, Vishnu, but as Buddhism became the dominant faith, it slowly became a Buddhist temple. This temple has so much religious and spiritual history waiting for you to explore.

Mecca is the spiritual centre of Islam, and visiting this holy city is a highlight in the spiritual life of all Muslims. Every year, millions of Muslims go on a pilgrimage to Mecca to connect with the fundamentals of Islam; it was here that the prophet Muhammed received the first words of God and proclaimed his purpose. Mecca is really beautiful and the perfect place for a spiritual adventure.

Uluru is a massive sandstone monolith that’s very significant to the aboriginal people of Australia. They believe Ancestral beings formed Uluru and that the natural landmark is a part of their own creation story. They are seen as more than just rocks to the indigenous people; the cultural landscapes are believed to have been the resting place of the spiritual beings. The place has a lot of spiritual energy, and there’s so much to explore.

This is the mountain where Moses is believed to have received the Ten Commandments from God, so it’s definitely not a surprise addition to this list. Going up to the peak of Mount Sinai and standing where Moses stood is a really surreal spiritual experience, and the view isn’t half bad either.

There’s a spring in Lourdes that attracts about 5 million pilgrims every year. Most of these pilgrims believe the waters have divine healing attributes. The spiritual significance of Lourdes stems from the fact that the Virgin Mary, the mother of Jesus, appeared to a 14-year-old girl near there on multiple occasions. If you’re looking to plan a good spiritual trip in Europe, Lourdes shouldn’t be far from the top of your list.

Three different religions have holy sites in Jerusalem, so this ancient city has loads of spiritual significance. Jews, Christians and Muslims all call Jerusalem home, which makes the city unique and different from other spiritual destinations. The different cultures and traditions you’ll find in Jerusalem will give you a really unique experience; embrace them.

Kyoto was once the capital of Japan, and even though the capital was moved to Tokyo, Kyoto never stopped being the centre of Japanese arts and culture. There are over 2000 shrines and Buddhist temples in Kyoto, making this city the heart of Japanese culture and spirituality. If you’re looking to go on a spiritual journey in Japan and connect with higher powers, Kyoto is the place for you.

There’s a rock formation known as Sri Pada at the top of this iconic Sri Lankan mountain. Sri Pada means sacred footprint, and it has spiritual significance to multiple religions. Christians and Muslims believe it is Adam’s first step after being exiled from the Garden of Eden, while Buddhists believe it was Buddha’s last step on earth before reaching Nirvana. Join the millions of people that go on pilgrimage to Adam’s peak. There’s so much to take in.