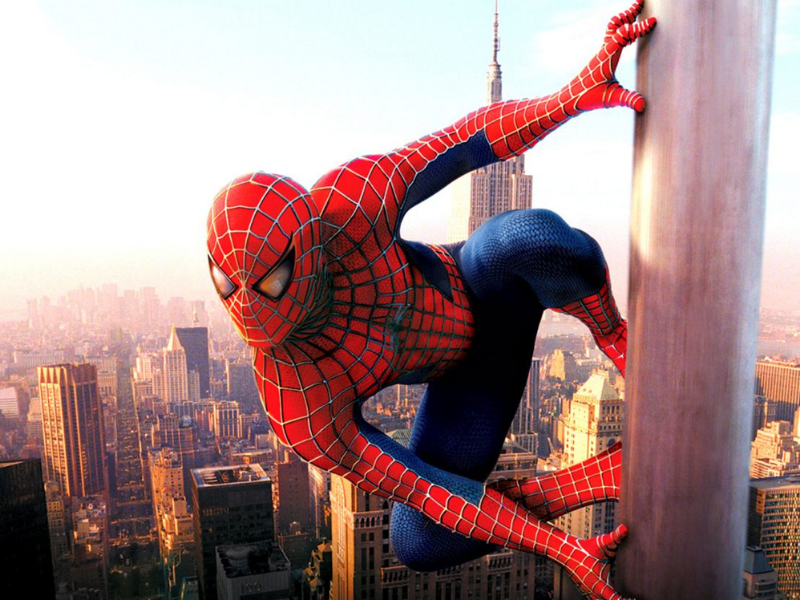 11 Locations That Have Appeared In Your Favourite Movies

While the performances and plot tend to stand out the most when we remember our favourite movies, there are some locations that are remembered just as fondly. So much so, in fact, that people chose to visit those locations for a chance to stand where their favourite characters stood.

So, we’ve gone to the trouble of getting some of the coolest locations that have appeared in multiple beloved movies — from record-breaking blockbusters to Oscar-winning gems. One visit to any of these places, and you will be able to brag about knocking multiple movie locations off your list.

Casa Loma is a gothic-style castle in Toronto and is one of its major tourist destinations. One of the last true castles in North America, Casa Loma could easily pass for a supervillain’s lair or the home of a rich recluse. This is clearly why movie directors seem to love it so much.

Although Griffith Observatory's initial purpose was looking into space and astronomy, it also provides an amazing view of the city of LA. It’s an iconic location in LA that filmmakers can’t seem to get enough of, and it’s not hard to see why.

Movies with scenes shot here: Transformers, Jurassic Park, Yes Man, The Terminator, Rebel Without A Cause.

Grand Central is a place where you can regularly find someone saying a tearful goodbye to a loved one or joyously embracing someone they haven’t seen in a long time. The station is also regularly busy, so it’s the perfect place for movie villains to put the public at risk. These are some of the things that have made Grand Central Station so popular among filmmakers.

Full of sandstones and dust, Monument Valley is an ideal place for filmmakers who want to shoot a gritty western and paint a picture of the past. Go here on a horse, and nobody will be able to convince you that it’s the 21st century.

It’s always nice to see iconic everyday landmarks in the movies that we watch, and landmarks in the USA don’t get much more iconic than San Francisco’s Golden Gate Bridge. It’s one of the most beautiful and recognisable bridges in the world, making it the perfect place for epic bridge scenes.

Movies with scenes shot here: Rise Of The Planet Of The Apes, Pacific Rim, Hulk, Escape From Alcatraz.

This New York building is famous for being triangular in nature. It’s called the Flatiron Building because it’s shaped like a flat iron; yeah, that’s just New York humour. It’s most famous for being the ‘Daily Bugle’ building, office of the iconic J. Jonah Jameson, in Spider-Man.

In a lot of action or superhero movies, there’s usually a point where the military has to get involved, or they need to do a scene at a military base. Edwards Air Force Base turns out to be a popular location for filmmakers when trying to depict military involvement.

Parkwood Estate was the residence of the wealthy McLaughlin family in the 20th century. It’s currently being used as a historic house museum; the beauty and amazing design of this place has made it an ideal location for filmmakers to depict a home owned by immensely wealthy people.

Central Park is the perfect place to go when in search of a mini escape from the bustling chaos of New York City. It’s a lovely, quiet place to go be with your thoughts or to take a romantic stroll with the person you love. If you were making a romantic movie in New York, you’re more likely to include a scene in Central Park than one anywhere else.

Movies with scenes shot here: Men In Black III, Maid In Manhattan, I Am Legend, When Harry Met Sally.

Bourne Wood is a dense forest that can serve as ‘the woods’ in any given film. It gives off that mysterious forest vibe, and many fantasy filmmakers have taken advantage of this.

Full of flashy billboards, Times Square in New York just might be the most recognisable location on this list. When used in movies, it is perfect for a scene where the busy nature of modern life is being conveyed. It’s also a popular location for a scene where someone just moved to New York.