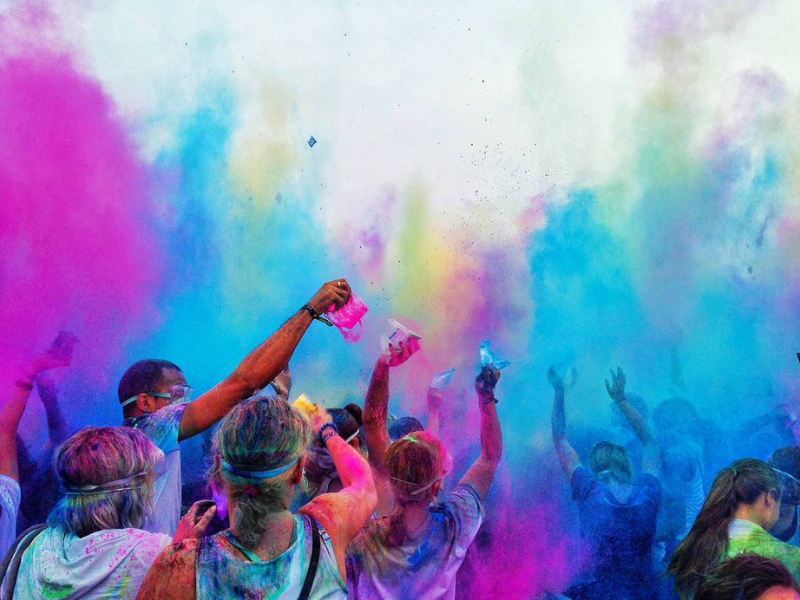 10 Destinations With Traditions You Need To Experience

We live in a culturally diverse world, one shaped by our different histories. And because of this, different places have traditions that inform how the people there live and function.

While some of these traditions may seem unconventional to you, it’s important to respect them and understand that these differences are what make our world so exciting.

Here are ten travel destinations with traditions you need to experience at some point in your life.

1.  The Battle of the Oranges in Italy

Ivrea, a town in Italy, hosts one of the oldest and most interesting festivals you’ll find in Europe. The highlight of this festival is the Battle of the Oranges, where groups throw oranges at each other in honour of the civil war that took place in Ivrea a long time ago. Surprisingly, this goes on for three whole days as people can’t seem to get enough of the icky, sticky fun that comes with being pelted with oranges.

Yeah, you read that right. There is a festival in Japan where they parade giant penises of different shapes and sizes. Every first Sunday of April, thousands of people head over to Kawasaki, Japan for Kanamara Matsuri (AKA Penis Festival). It’s a fertility tradition that doubles as a sex-positive ritual. There are many theories about how this festival originated; each one more far-fetched than the last. One thing’s for sure: you won’t see anything like it anywhere else in the world.

3.  Day of Silence in Bali, Indonesia

Bali’s New Year’s Day is in March, but that’s not the only thing unique about it. Unlike most places in the world, where the new year is ushered in with fireworks and hopeful kisses, Bali celebrates the new year with a day of silence, commonly known as Nyepi. The whole island basically shuts down as people fast and meditate in preparation for the new year. It’s so serious that they even have security men patrolling to make sure the day of silence is being observed. If you are in Bali on this day, respect the tradition.

In Thailand, the new year is celebrated very differently than it is in Bali. The beginning of the Thai new year is celebrated with a water festival, where people get water guns and take to the streets to drench strangers in water. It’s a fun-filled celebration of love and life, with water as the means of expression. Needless to say, go with clothes that you don’t mind getting soaked in.

This tradition in Finland is exactly as the name implies. In an exercise that tests both the strength of the man and the strength of the relationship, couples go head to head as husbands carry their wives on their shoulders and race against each other. It’s a really enjoyable and unique way to add some fun to your relationship.

With another entry on the list, it seems that Thailand is the place to be when it comes to unique traditions. At this lantern festival, you get to watch thousands of rice-paper lanterns get released into the night sky simultaneously. This festival takes place to celebrate the end of the monsoon season, and the release of lanterns into the sky signifies the release of negative energy. Remember to make a wish when you release your lantern.

7.  Holi Festival of Colours in India

Every spring, people from all over the world come to India to throw water colour and vibrant powders on themselves in what is a truly beautiful event. It’s an ancient Hindu festival to celebrate the victory of good over evil. It starts with a bonfire and then ends with everyone drenched in a multitude of colours. It’ll be hard to find another tradition that produces as much beauty as Holi does.

If you’ve ever dreamt of being in a massive water fight, then you’ll be pleased to find out that your dream is a reality in Poland; they have a national water fight day. The origins of Śmigus-Dyngus (or wet Monday) are yet to be established, but it’s widely believed to have Christian roots because it always takes place on Easter Monday. Not knowing how the traditions started shouldn’t stop you from having the time of your life.

This is one of the more popular traditions on our list as almost everyone has heard about Oktoberfest at some point in their lives. It’s a two-week tradition where people drink, eat and sing away their problems. The atmosphere at Oktoberfest is always a special one because everyone is so joyful. There’s a huge beer culture in Germany, so be prepared to drink. Granted, the festival isn’t only about drinking, but it’s definitely an integral part of it.

The pride parade in San Francisco is one of the most colourful and boisterous in the world. All types of people come together to promote and celebrate LGBTQ rights and not many places do it like San Francisco. This weekend-long party in June is the perfect escape from your everyday routine, and it’s also for a great cause — promoting love and open-mindedness. Go and have the time of your life.