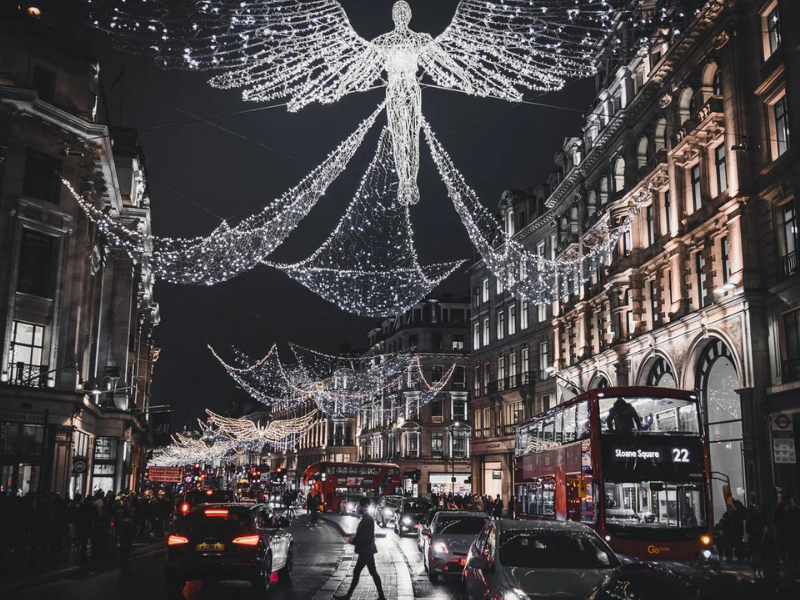 After compiling this list, methinks the worst thing that could happen to me is not having a camera in London in November (and all through Christmas, really). There's so much in store for those who love grand, magical experiences. With musicals around every corner, London in November is a theatregoer’s dream.

Dear Evan Hansen is a musical about a teenager who manages to truly affect his peers. The production has already won numerous awards — including a Grammy for the Best Musical Theatre Album. The booking period started on the 26th of October, 2021, so November is the first full month of running at Noël Coward Theatre. Performance days are Tuesdays to Saturdays at 7:30 pm, and an earlier session at 2:30 pm on Saturdays. Book tickets here.

This Disney and Cameron Mackintosh multi-award-winning musical is wonderful for me because I like to see the most unexpected people — in this case, everyone’s favourite nanny — lose themselves to good music. The musical runs throughout this month and the rest of Christmas, so you can book tickets here from now till the 13th of February, 2022.

World-famous Carnaby Street and its incredible arch are one of London’s lifestyle and fashion hotspots. From the 4th of November, 2021, Carnaby Street will be lit up in its usual theme of glowing neon butterflies over the many busy stores on the street. The variety of stores and the Choose Love Pop-up shop all make the event a great place for some magical Christmas shopping.

Regent Street Motor Show is the largest free motor show in the United Kingdom, showcasing more than a century of motoring from veteran to classics and even contemporary cars. The event is family-friendly, providing entertainment for people of all ages. All you need to do to attend this free event is to make your way to Regent Street on the 6th of November from 10:30 am.

Royal Festival Hall is South Bank's major concert hall for orchestral concerts, but Queen Elizabeth Hall, Wigmore Hall, King’s Place, the Purcell Room and the Omnibus Theatre are all other locations of the EFG London Jazz Festival. The event promises to be an explosion of entertainment running from the 12th to the 21st of November, 2021. For a full list of venues, performances and ticket information, visit the website.

The Lord Mayor’s State Coach is on display at the Museum of London every day except this one day of the year. On this traditional day, the State Coach travels three miles through the City of London in a procession involving almost 150 performances and thousands of spectators. This year, it’s happening on the 13th of November, 2021 and it’s free to attend.

The ice rink at Hampton Court Palace comes with an amazing backdrop. I know ice skating is a bit of a task, but don't get so busy skating that you can't steal glances at the magnificent home of King Henry VII (ruler of England from 1509 to 1547) and his six wives. There are beautiful day sessions with gleaming ice under the bright sun and a positively glorious view of the palace. But, what I really think would take my breath away is a night session — skating under a starry night sky and seeing the palace lit up in grand Christmas lights. The rink is open from the 13th of November, 2021 to the 9th of January, 2022. For tickets and ticket information, visit the Hampton Court Palace website.

8. Hogwarts In The Snow at Warner Bros. Studios

Hogwarts in the Snow is a Christmas event where people can go on a self-guided tour of Warner Bros. Studio Tour London — The Making of Harry Potter. For the event, the set is transformed so winter arrives at Hogwarts as well. There are tours from the 13th of November to the 16th of January, 2022, but you must book tour tickets in advance here.

Christmas at Kew is a Christmas event involving a magical walk through the Royal Botanical Gardens, Kew. Sparkling lights of various installations hang all around, inside tunnels and on trees. The event runs from the 17th of November, 2021 to the 9th of January, 2022. Check here for tickets and entry information.

Winter Wonderland is a Christmas family event in London’s Hyde Park, one of the eight royal parks. There are all sorts of entertainment and activities for people of all ages. Circus shows, live music, ice skating and a Christmas market will all be on at Hyde Park from the 19th of November, 2021 to the 3rd of January, 2022. Give to London’s jobs and economy by booking a ticket to the event on the website.