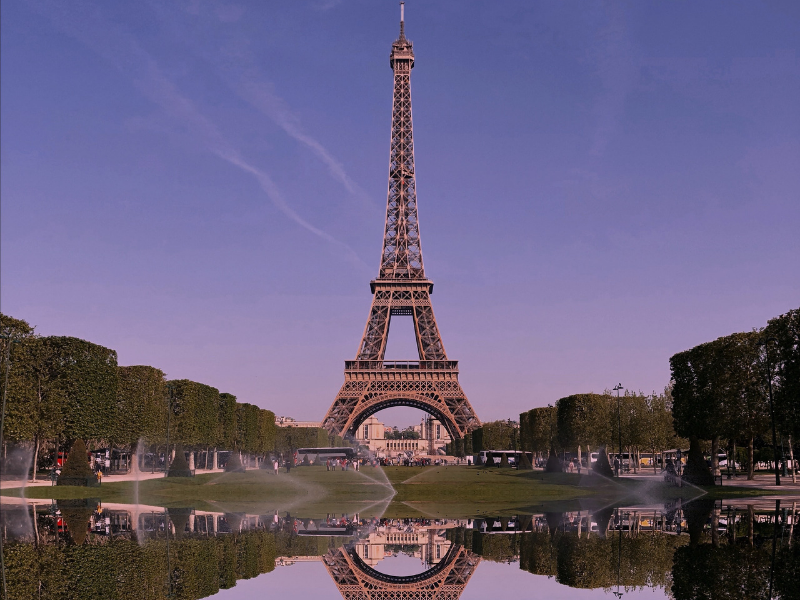 10 Of The Most Photographed Spots In The World

In this world, civilisations and individuals alike strive to leave marks that simply cannot go unnoticed. The result of this resolve? Some of the most magnificent structures with incredible visual appeal. This is the biggest feature of the spots on this list; they're amazing to look at, making the view worth immortalising.‌

Here are 10 of the most photographed sites in the world:

This monument is such a work of art that it's even kind of illegal to take pictures of the tower at night — only if the image is to be used for commercial purchases, though. If it's just for a cute update to loved ones and other members of your insta feed, then by all means, don't be afraid to immortalise a personal memory of the glorious backdrop.

It's not much of a stretch to say that this is the UK's most photographed building. Its incredible height can pose a task for some trying to perfectly fit it onto the background of a snapshot to be cherished. However, there are amazing angles around (like London Eye and Parliament Square), and their individual perfect timing junctures.

Iconic moments require iconic backdrops, and even Alicia Keys would agree that few locations are as iconic as the Empire State Building in the city that never sleeps. You could be doing something as simple as taking a stroll through Madison Square Park when you notice just how picturesque that instant is.

Photographing several spots and instances in the UAE could earn you a small prison term; probably something to do with Korty's little reality check as expressed in this video. However, this tower is one thing that tourists and visitors are encouraged to photograph, especially for personal use.

As this structure is picture-worthy both in and out, photography enthusiasts get excited by this site. You should know, though, that the metal detectors and laws might restrain you from using your selfie sticks, tripods or ring lights inside the structure; you might not even be able to use the camera flash on some displays. But the outside is glorious enough to satisfy the need for a perfect picture.

Set to be completed in 2026, this impressively fantastical edifice can still be referred to as the most beautiful unfinished building in the world. It is wowing from stretch to stretch, so capturing any part of it makes a great enough portrait setting as fitting in all of it.

As this monument is so inherently colossal, you can't be up too close if you want it to be the obvious focus of your picture. Thankfully, some of the places with the best angles are within walking distance of each other and they offer different kinds of experiences while you're there.

It'll be so exciting to stand face to face with so much history to be comprehended visually. Even more amazing than the view of this site is the view of the earth around as you observe from on top of the mountain. I wouldn't even know where to start my awe-inspired immortalisation of the scene with my camera.

Their reputation as the only remaining one of the Seven Wonders of the Ancient World surely gives a different kind of importance to the documentation of these works of scientific and artistic genius.

This iconic landmark in Rio is one of the Seven Wonders of the New World and is in full glory from nearly every part of the city and nearly any time of the day. You can capture alluring silhouettes or the beautifully solid soapstone that was used to construct it alongside concrete.